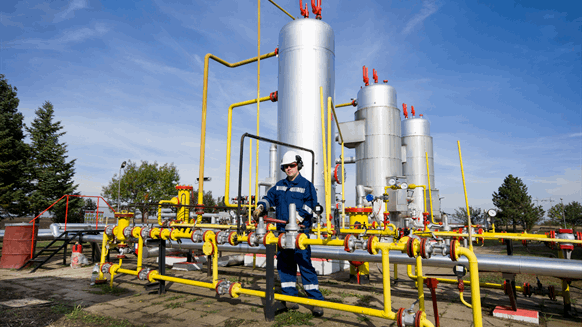 Coro Energy has stabilized production rates from the Bezzecca gas field in Italy, following constrained resumption earlier in the month.

Coro Energy said that production rates at the Bezzecca gas field in Italy have been stabilized since November 18. The well initially commenced production on November 8 at constrained, lower rates.

The South East Asian energy company with natural gas and clean energy portfolio confirmed the resumption of production and said the rates, following the resumption, have been gradually increased to keep the Water to Gas Ratio under control, with the plan to reach a stabilized production plateau following the best practices of reservoir management.

The well has been producing at a stabilized rate of 15,000 scm/day since 18 November 2022 with very good pressure support giving good indications for the long-term field performance.

"I am delighted to announce that after having reached the stabilized rates in Bezzecca our total production in Italy has reached 21,000 scm/day from 3 fields which, combined with current gas prices, is providing very favorable cash flow generation,” James Parsons, Coro's Chairman, commented.

“Several options to resume production from Sillaro are still under review and further updates will be made, as appropriate, in due course," Parsons said.

The Sillaro gas field is within the Sillaro Licence and is located in the Emilia Romagna region, 18.6 miles east of Bologna, in northern Italy. With production beginning in May 2010 from two wells. In September, the field was producing at reduced levels following the identification of sand clogging in a downhole valve.