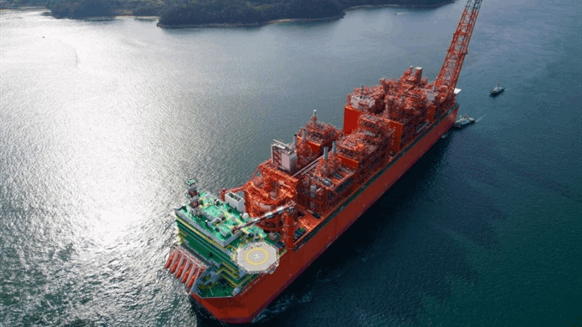 It will produce gas from the Coral offshore gas field in the Rovuma basin off the coast of the northern province of Cabo Delgado. The field has approximately 16 trillion cubic feet of gas in place. Italian oil and gas firm Eni, the operator of the project, made the discovery back in 2012.

The unit left Samsung Heavy Industries’ Geoje yard in South Korea on November 16, 2021, just a day after its christening was performed by Mozambique's Head of State Filipe Jacinto Nyusi.

The Institute of National Petroleum of Mozambique (INP) informed of the arrival of the vessel in the Rovuma Basin on January 3, 2022.

INP said in the statement that a process of anchoring, surveys, inspections, and certifications has begun to meet the schedule for the planned start of production in the second half of 2022. Also, the heliport certification is underway to enable staff transport. According to the data available, the Coral Sul can accommodate 350 people.

Coral South Project achieved final investment decision in 2017. The construction of the FLNG hull and topside modules started in September 2019. Worth noting, BP signed a long-term deal to buy all of the LNG produced by the unit.

Samsung Heavy Industries was responsible for the entire vessel construction process as well as topside production design and manufacturing. Samsung Heavy has so far built three out of the four FLNGs ordered around the world.