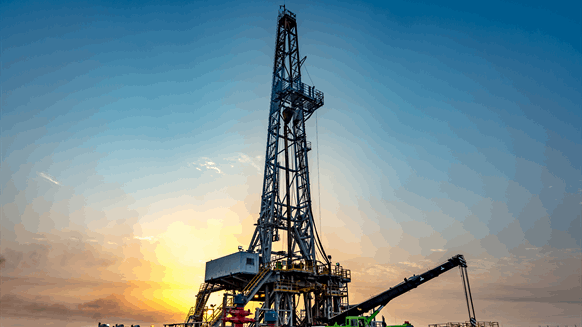 Over the past decade, the U.S. oil and gas sector has emphasized developing short-cycle-time unconventional projects rather than wildcat drilling that targets potentially more bountiful conventional plays.

Although unconventional projects give oil and gas firms more flexibility in responding to market changes, the wide disparity in depletion rates between unconventional and conventional wells could become particularly evident in years to come given the shortfall in conventional reserves additions.

“You’re taking from the future and getting immediate gratification,” Keith King, senior advisor with IHS Markit and lead author of the report, told Rigzone. “You’re producing more over a shorter time period and less over a longer time period.”

To illustrate, King explained that an unconventional oil well might experience a 60-percent depletion rate in its first year of production. In contrast, the depletion rate for a conventional well during the same period might be just 12 percent.

“You get all those volumes up front with your investment whereas a conventional well’s production will plateau for, say, 20 years or more,” he continued. “Some conventional wells will produce for 100 years.”

King added the mid-21st century does not reflect a particularly long time horizon for a conventional oil well.

King pointed out that such a scenario makes sense, assuming that a pair of conditions are met.

“What’s strange about that is, in a world with peak demand and where renewables displace fossil fuels, it would be a rational decision – if you believe in peak demand,” he said, adding the world would be short of oil if peak demand fails to materialize at mid-century.

An effect of cheap debt

“The tight-rock, unconventional plays are perfect for a fast-in, fast-out mentality, given their rapid and steep decline curves,” said McNulty.

He noted how the federal government’s response to the “massive credit crisis” toward the end of the previous decade encouraged the investment community to back such projects.

“The government opened up the spigots, ensuring that the economy stayed sound with liquidity and cheap money,” McNulty continued. “Lots and lots of capital became available to fund the ‘Shale Revolution,’ and it was not really all that expensive from a historical perspective. We saw lots of management teams get funded, and lots of private independents got funded, too. Lots of debt capital made it easy to drive up equity returns.”

Watching the story unfold and waiting, “just like a tiger stalking its prey,” were the major operating companies, McNulty added. He observed that the strategy of seeking quick returns from unconventional projects worked fine for smaller players early on – until commodity prices collapsed in the middle of the current decade. To be sure, he added that some small players managed to avoid the “bloodshed” that ensued.

“I think it’s important to differentiate between what ‘Wall Street’ means and what local private capital means,” McNulty said. “I am well aware of several private capital firms that are here in Houston, and in other locations that are not spelled ‘New York,’ that have done very well and have made very smart investments. And, in many other cases, lots of debt became, or will become, call options on cheap equity.”

Then there are the larger exploration and production companies.

“The big majors are entering the unconventional plays with their big balance sheets,” McNulty noted. “The big independents that have managed the right-hand side of their balance sheets well will survive and make acquisitions. The smaller players will survive if they managed their debt well and might be acquired at decent pricing. The smaller players that are over-leveraged will need to go away for good.”

McNulty added that larger, more diversified companies can overcome the large depletion rate disparity between unconventional and conventional oil wells if they manage both types of assets properly.

“The same concepts that we use in portfolio management can be used to diversify timing risk across a package of unconventional oil wells and conventional oil wells,” he explained. “A much better job needs to be done matching the capital structures to the timing of the producing cash flows with potentially weaker prices.”

McNulty also anticipates that conventional projects will increasingly dot the oil and gas development landscape – but not to explicitly counter the instant gratification mindset that has prevailed in the past decade.

“I have had several meetings recently with private companies that are actively working on conventional projects,” he said. “However, I do think that the theme is more about scale and smart capital structures.”

Because larger companies are big, they will more likely include conventional drilling programs in their portfolios, he explained.

“They operate in more places and, in my opinion, will look at both conventional plays and unconventional plays,” he concluded. “I do not agree with the notion that you have to pick one over the other. It will happen as a by-product of consolidation, portfolio diversification and a lower commodity price environment. Lots of debt needs to become equity. Lots of companies need to merge or go away.”