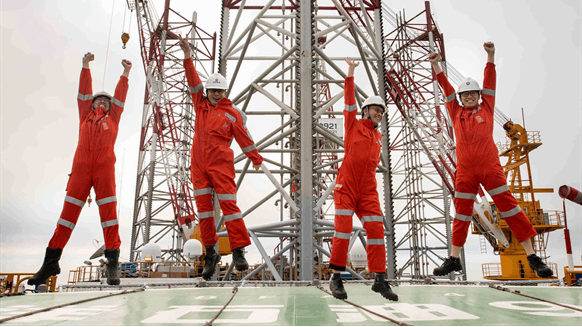 CNOOC said that the jointly developed oilfields in question were Enping 15-1/10-2/15-2/20-4. They are in the Eastern South China Sea, with an average water depth of around 90 meters.

The main production facilities of the project include 2 drilling production platforms and 1 unmanned wellhead platform.

According to the company, 48 production wells are planned to be commissioned. The project is expected to achieve its peak production of approximately 35,500 barrels of crude oil per day in 2024.

Enping 15-1/10-2/15-2/20-4 oilfields joint development project employs the first newly built unmanned platform in the Eastern South China Sea, which has been equipped with the function of remote production under typhoon mode.

“The commissioning of Enping 15-1/10-2/15-2/20-4 oilfields joint development project marks a breakthrough for the construction of unmanned, less-manned, and intelligentized offshore oilfields in China. And it is an important achievement of the green and low-carbon transition of offshore oilfields.”

“In the future, CNOOC Limited will further enhance its capability of independent innovation, to increase oil and gas reserves and production, to accelerate the research and application of advanced technologies in energy conservation and emission reduction, thereby contributing greater value to the high-quality sustainable development of the company.”