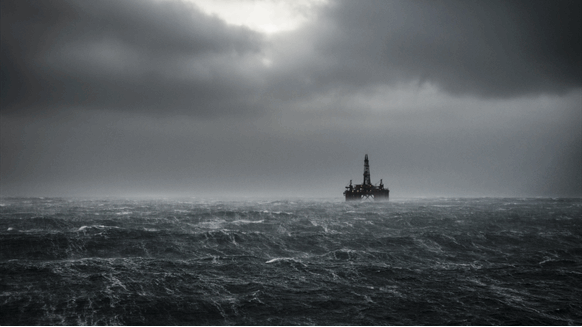 Onshore oil and gas operations are exposed to the 'full range' of the physical impacts of climate change.

More than 40 percent of commercially recoverable oil and gas reserves are highly exposed to the effects of climate change, Verisk Maplecroft has warned.

By combining its subnational onshore and offshore Climate Change Exposure Indices with asset-level data from its sister company Wood Mackenzie, Verisk Maplecroft has highlighted the oil and gas assets most exposed to the physical impacts of climate extremes up to mid-century. The research found that 10.5 percent of global commercially recoverable reserves are found in areas rated as extreme risk in the Climate Change Exposure Indices, while 29.5 percent are in high risk regions. In total, this amounts to around 617 billion barrels equivalent, Verisk Maplecroft noted.

The data shows that onshore oil and gas operations are exposed to the “full range” of the physical impacts of climate change, including sea level rise, storms, heatwaves, flooding and other extreme weather events, according to Verisk Maplecroft. Offshore operations, such as in the Gulf of Mexico, on the other hand, are said to be vulnerable to tropical cyclones and extreme wave heights.

The Middle East and North Africa (MENA) region has the highest proportion of reserves at risk, Verisk Maplecroft pointed out. Companies with reserves in locations highly exposed to the physical impacts of climate change will face more disruptive events, potentially higher costs for extraction and the need to invest in mitigating actions, Verisk Maplecroft said.

In its latest research note, Verisk Maplecroft outlined that climate-related supply threats to the oil and gas industry have already begun to manifest. The company highlighted that this year alone, a freeze in Texas knocked U.S. oil and gas output to a three-year low and Hurricane Ida caused a record 55 spills in the Gulf of Mexico and created historic disruptions to the supply of both crude oil and refined products.

Verisk Maplecroft also noted that record heat in Russia accelerated the melting of permafrost, which it said is a trend that has damaged 40 percent of buildings and infrastructure in northern regions that are heavily reliant on oil and gas production.

“These types of events are going to become more frequent and more extreme, creating even greater shocks within the industry,” Rory Clisby, an environmental analyst at Verisk Maplecroft, said in a company statement.

“Identifying and disclosing these risks in line with the Task Force on Climate-Related Financial Disclosures (TCFD) recommendations is now a strategic necessity for energy companies if they are to mitigate these threats and offset investor concerns over their transition to a low carbon future,” Clisby added in the statement.

The BSEE released its final update on evacuation and shut in production statistics for Hurricane Ida on September 23. That data estimated that approximately 16.18 percent of oil production and around 24.27 percent of gas production in the Gulf of Mexico remained shut in. This equated to 294,414 barrels of oil per day and 541.12 million cubic feet of gas per day, the BSEE highlighted.

The National Oceanic and Atmospheric Administration (NOAA) announced on November 30 that the active 2021 Atlantic hurricane season had officially concluded, having produced 21 named storms, including seven hurricanes, of which four were classified as major hurricanes. NOOA noted that this “above-average” hurricane season was accurately predicted by its Climate Prediction Center, a division of the National Weather Service, in their May and August outlooks.