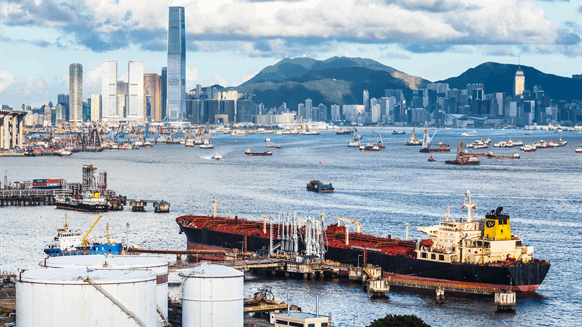 China's inventories of crude oil will go up by 440 million barrels in the first half of 2020, representing an unprecedented volume for a half-year period, according to IHS Markit.

China’s inventories of crude oil will go up by 440 million barrels in the first half of 2020, representing an unprecedented volume for a half-year period, IHS Markit reported Monday.

“The world has never seen an increase of this magnitude in such a short time,” Jim Burkhard, IHS Markit’s vice president and head of oil markets, commented in a written statement emailed to Rigzone. “Crude oil in storage has increased around the world as demand has fallen this year. But no geography – not even floating storage – matches the scale of China’s inventory increase.”

According to IHS Markit, China’s stock build increase peaked in February of this year on a daily average basis at 4.8 million barrels per day (bpd) – when the country’s oil demand was at a low point.

“China’s crude oil buying and stock building have been a critical support for an otherwise exceptionally weak crude oil market,” stated Xiaonan Feng, IHS Markit analyst. “It is part of the reason for the increase in crude oil prices that have occurred since late April.”