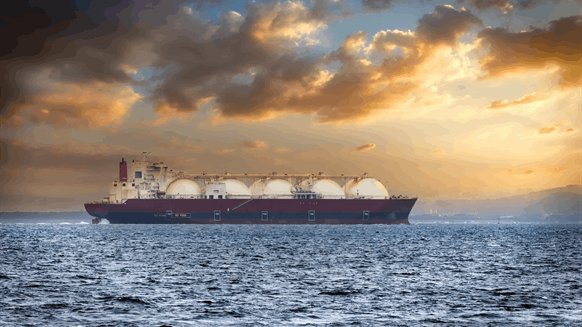 Buyers in the region have gained considerable contractual leverage over producers.

U.S. oil major Chevron (NYSE: CVX) last month signed a liquefied natural gas (LNG) supply and purchase agreement with Hokkaido Gas for a half million tons of LNG from its global portfolio spread over a period of five years, starting from April 2022.

Chevron said its new partnership will broaden its customer base in Japan, a market that is foundational to its overall LNG business.

The new deal typifies how LNG markets in the Asia-Pacific region, home to around two-thirds of global LNG demand, are still undergoing systematic changes amid a prolonged supply overhang of the fuel.

Buyers in the region have gained considerable contractual leverage over producers in the last few years. Instead of inking long-term 15- and even 20-year restrictive supply deals, more buyers are signing shorter-term deals, while also buying more cargoes on the spot market. This trend will continue as increasing numbers of long-term LNG contracts begin to expire, especially in Japan, by mid-decade.

Spot or short-term LNG procurement reached 119 million tonnes per annum (mtpa) or 34 percent of global LNG trade in 2019 (compared to 77.6 mtpa or 27 percent in 2017), according to the International Group of Liquefied Natural Gas Importers (GIIGNL).

Japan, for its part, remains the world’s largest LNG importer, followed by China, South Korea, India, and Taiwan. New procurement from South Asia – namely Pakistan, Sri Lanka, and Bangladesh in addition to new Southeast Asian demand from the Philippines, Vietnam, and Thailand – will see the region’s share of global LNG demand increase even more by mid-decade as additional LNG import facilities and LNG-to-power projects are built.

LNG producers going forward – ranging from Australia to Qatar, the U.S., Malaysia, Russia, and others – will have to offer less restrictive contractual terms and move away from expensive oil-indexation, a staple of traditional long-term contracts.

New term deals will increasingly be indexed to a growing number of pricing benchmarks, including:

These changing market dynamics will coincide with state-run Qatar Petroleum’s (QP) plan to increase its liquefaction capacity around 40% by the middle of the decade by developing its $29 billion North Field East project. The company’s build-out will take it from a current 77 mtpa to 110 mtpa by 2026 and a record-breaking 126 mtpa by 2027, adding more supply just as markets could reach equilibrium again.

Moreover, with QP’s existing contracts with buyers expiring in the next few years along with its planned joint venture with the Golden Pass terminal in the U.S., around 70 mtpa of uncontracted LNG volumes will be available by around 2027.

This will put even more pressure on new U.S. greenfield projects’ ability to compete with QP on a cost basis. QP, in large part due to its liquids production, can produce LNG feed gas virtually cost-free with oil prices above $35 per barrel. U.S.-produced LNG is usually around 40% more expensive than Qatari LNG on a per-unit heating basis.

To compete, U.S.-based projects will have to offer even more contractual incentives to lock in market share as well as figure out ways to produce even cheaper feed gas for their projects.

These challenges come amid calls for the sector to become more carbon-friendly – including using renewables like solar, wind, and now green hydrogen – in its production facilities as well as trading carbon credits to offset greenhouse gas emissions across the entire gas value chain.