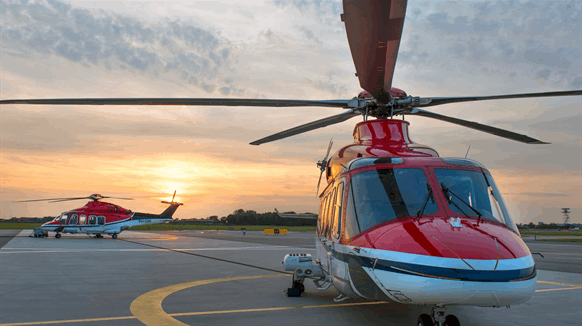 CHC Helicopter has appointed Harry Bos and Tore Villard as Operational Directors in the United Kingdom and Norway, respectively.

Both will be responsible for business performance and customer service delivery, ensuring the adoption and implementation of CHC's best policies and practices.

Each will work closely with customers to meet and exceed their needs and deliver outstanding helicopter services, with safety at the core of their operations. They will be Accountable Managers for their respective operations

Harry joined CHC after serving 19 years in the military. He has been deployed to Albania, Iraq, and Afghanistan and has been a SAR pilot. In 2013, he started as an SFO on the S92 and became a Captain in 2014. He fulfilled the roles of Flight Safety office, Company Council Chair, Chief Pilot, and MFO before being appointed as Operational Director. Whilst his former role as MFO is filled, Harry will retain these responsibilities.

Tore, a 20-year veteran of CHC, recently re-joined the business after a period away to establish and grow a start-up in the food and drinks industry. He began his CHC career as a pilot before moving into management, holding numerous positions, including as Accountable Director in Norway in 2010. He was recognized for his work as a safety champion by the National Civil Aviation Authority in 2009.

“We are delighted to confirm Harry and Tore as our new Operational Directors. They are highly experienced pilots who lead by example. We are confident in their abilities to provide the clarity, focus, and direction their teams need to ensure we continually deliver safe and effective helicopter services for our customers,” Kevin Spengler, SVP for Helicopter Services, said.

“CHC has built its reputation on going above and beyond for customers to deliver unmatched helicopter services. I have been working with closely with colleagues in the UK and around the world to improve and enhance our services for several years now and am thrilled to be taking on this new role and the responsibilities that come with it as we continue to grow the business and take it to new heights,” Harry Bos, Operational Director of CHC UK, added.

"CHC as an organization has played central to my personal and professional development for several decades. I am thrilled to be returning to the business and am looking forward to connecting and working with new old and new colleagues to further build the company from a position of strength," Tore Villard, Operational Director, CHC, concluded.

This year, CHC has refinanced and restructured its business to adapt to evolving customer needs and meet the opportunities it has identified in a reinvigorated global market.

By dividing the business into Helicopter Services and Technical Services, the organization now has a simpler and streamlined structure capable of moving quickly and decisively to respond to changing market conditions and evolving customers' needs.