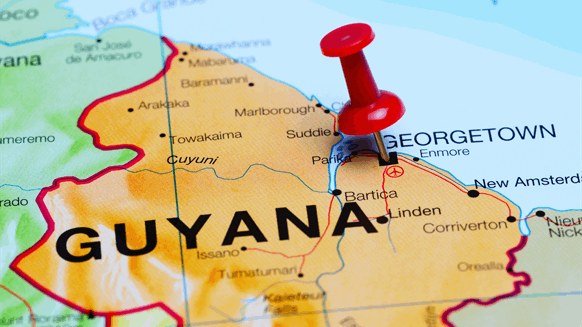 Frontera Energy and CGX Energy have decided not to go ahead with their plans for exploration drilling on the Demerara block off Guyana.

Following good drilling results on the Corentyne block, Frontera Energy and CGX Energy have decided not to go ahead with their plans for exploration drilling on the Demerara block off Guyana.

CGX Energy and Frontera Energy – the majority shareholder of CGX and JV partner of CGX – said in a mutual statement that the two will focus on significant exploration opportunities in the Corentyne block and will not engage in drilling activities on the Demerara block in 2022.

According to the duo, this change of tactics comes as a result of the initial positive results at the Kawa-1 exploration well. At the time of the Kawa-1 discovery, Frontera and CGX stated that they would spud one more commitment well in the northwestern part of the Corentyne block called Wei-1, sometime in the second half of 2022.

As a result of this new development, the companies have scratched their drilling plans for the Demerara block which included drilling the Makarapan-1 exploration well, an Aptian stratigraphic prospect on the block.

As for the prospectivity of the two blocks, 32 prospects were identified in the Guyana blocks owned by the company – 27 are located in the Corentyne block and 5 in Demerara.

CGX and Frontera have also missed their deadline to drill a well in the Demeara block. Namely, the deadline expired on February 11, 2022. It was extended once already in February last year and the JV stated that they are currently engaged in discussions with the Government of Guyana regarding work on the Demerara block.

The rig for the drilling is also secured as Maersk Drilling noted in its most recent fleet status report that the contract for the Maersk Discoverer rig which drilled the Kawa-1 well was extended by CGX.

The rig is now scheduled to work in Guyana from September until November 2022. CGX did announce that an option for the rig has been exercised to maintain continuity in the exploration program during a period of high demand in the region and consistency in working with a team familiar with the rig.

Guyana is continuing to show off its potential and to be a game-changer for the industry – an ‘oil Dorado’ of sorts – and is bearing fruit for many companies.

The Kawa-1 well, for example, encountered pay in hydrocarbon-bearing reservoirs within Maastrichtian, Campanian, and Santonian horizons which are similar in age and can be correlated using regional seismic data to the over 20 ExxonMobil’s discoveries in Corentyne’s next-door neighbor – the Stabroek Block, which has a resource base of more than 10 billion oil-equivalent barrels.