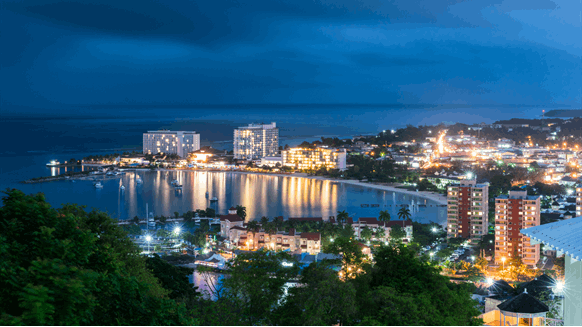 CGG GeoConsulting and the Petroleum Corporation of Jamaica announce the discovery of 2 independent live oil seeps from different parts of the island.

CGG GeoConsulting and the Petroleum Corporation of Jamaica have announced the discovery of two independent live oil seeps from different parts of the island.

The oil seeps were found during fieldwork for a recently completed multi-client study of the petroleum potential of on- and offshore Jamaica. Subsequent detailed geochemical analyses confirmed the oil seeps originate from two separate Cretaceous source rocks, CGG said in a company statement.

‘Oil or gas shows have been seen in ten of the eleven exploration wells drilled to date. The discovery of these seeps indicates the presence of working petroleum systems on the island that are generating and expelling liquid hydrocarbons to the surface,” CGG said in a statement on its website.

Sophie Zurquiyah, senior executive vice president of geology, geophysics and reservoir at CGG, said the ‘exciting’ discovery of live oil onshore Jamaica builds a strong case for the island as an attractive region for future oil exploration within the Caribbean.