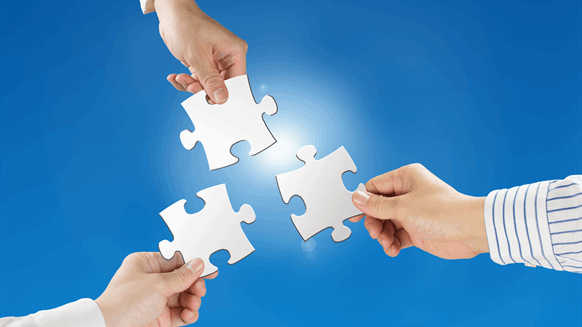 According to CB&I, the platform for the “crude-to-chemical” joint venture will integrate CB&I’s ethylene cracker technology, CLG’s hydroprocessing technologies and Saudi Aramco’s Thermal Crude to Chemicals (TC2CTM) technologies. Saudi Aramco noted that TC2CTM, which will be scaled up and commercialized under the JDA, enables higher chemicals yield than previously achievable and bypasses conventional refining steps by using a proprietary direct conversion process.

“It is an honor to partner with Saudi Aramco to develop the most competitive processing solution for crude to chemicals,” CB&I Executive Vice President of Technology Daniel M. McCarthy said in a written statement. “There is a lot of attention in the market to more efficiently produce higher value petrochemical products such as ethylene, propylene, butadiene and aromatics directly from crude oil. CB&I and CLG’s breadth of technologies and catalysts are unmatched in the industry, spanning essentially all relevant refinery and petrochemical processes, which provide a strong foundation for this joint development.”

“Saudi Aramco is going beyond the quick wins and is instead prioritizing investments in groundbreaking R&D and technology,” Nasser said, adding that the JDA bolster’s Saudi Arabia’s “Vision 2030” economic diversification and job creation plan. “Today’s Joint Development Agreement with CB&I and CLG is a technological first which will position Saudi Aramco to maximize the value of each barrel of crude oil it produces in the near future.”

“We are excited to be partnering with Saudi Aramco and making a positive impact on our industry by demonstrating an innovative approach to crude to chemicals,” de Bruyn said.

Thursday’s JDA is the latest crude-to-chemicals deal for Saudi Aramco. On Nov. 26, 2017, the company reported that it signed a memorandum of understanding with SABIC to develop a fully integrated crude oil to chemicals (COTC) complex in the Kingdom. At the time, Saudi Aramco stated the COTC complex will be capable of processing 400,000 barrels per day of crude oil and produce approximately 9 million tons of chemicals and base oils per year. The complex is slated to begin operations in 2025.