Case For Another Significant OPEC+ Cut is Weak 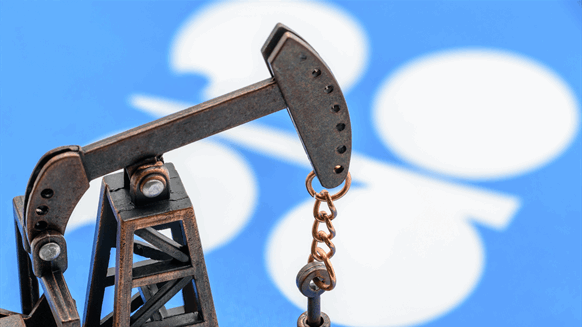 The case for another significant OPEC+ cut similar to October's is weak.

As the data currently stands, the case for another significant OPEC+ cut similar to October’s is weak.

That’s what analysts at Standard Chartered think, according to a new report sent to Rigzone by the company, which noted, however, that that case is likely to grow through the first quarter of next year.

“It is not strong enough now unless ministers have a non-consensus view on China or Russia,” the analysts stated in the report.

“The case for rolling over current targets appears stronger in our view; having not listened to siren voices in October, ministers could perhaps ignore those voices again now that they are saying something different,” the analysts added.

“That leaves the option of a change too small to affect balances significantly, but large enough to signal to the market that ministers intend to remain proactive, with a cut of 0.4-0.5 million barrels per day in targets, and probably half of that in terms of actual output, a likely starting point,” the analysts continued.

In the report, the analysts said they think the cleanest and best approach is to maintain current targets but added that they can understand the appeal of a small adjustment.

“However, any such adjustment would be different from the October cut; it would arise from a wish to signal to the market rather than addressing an immediate market surplus,” the analysts said.

“Overall, we think a rollover of targets is the most likely outcome,” they added.

At its previous meeting on October 5, OPEC+ decided to cut its overall production by two million barrels per day from its August 2022 required production levels, starting in November 2022.

According to a production table posted on OPEC’s website, Saudi Arabia and Russia are shouldering the majority of the cuts at 526,000 barrels per day each. The next biggest cut comes from Iraq, at 220,000 barrels per day, the table shows. OPEC+ is next scheduled to meet on December 4.

In a separate report sent to Rigzone over the weekend, energy and environmental geo-analytics company Kayrros noted that global crude oil inventories had been rising prior to a European embargo on Russian crude imports due to take effect on December 5. In the report, the company said the build doesn’t seem to support calls for higher OPEC production ahead of the group’s next ministerial meeting.