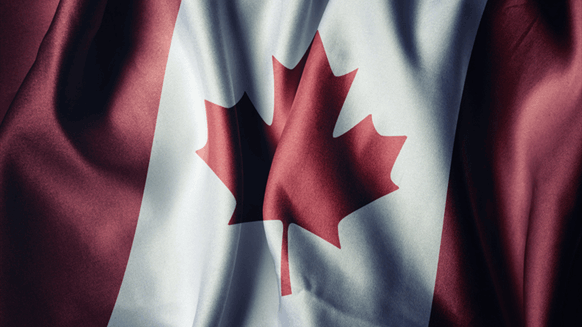 Canada risks becoming a banana republic for its restrictive energy policy and failure to attract new investment into the sector, according to a Calgary money manager.

(Bloomberg) -- Canada risks becoming a “banana republic” for its restrictive energy policy and failure to attract new investment into the sector, according to a Calgary money manager.

“We have had basically signs on our energy industry that Canada is closed for business,” Geeta Sankappanavar, co-founder of Grafton Asset Management, said Thursday at the Bloomberg Canadian Capital Markets conference in London. “Today we are in danger of becoming unfortunately a little bit like a banana republic on the energy side.”

Sankappanavar, who says her firm has raised and deployed C$1 billion ($760 million) in the Alberta oil patch, blamed carbon taxes, falling oil prices and increased regulatory scrutiny under new federal government rules for contributing to what she calls an “awful” malaise in the sector.

“It is a very, very dark and bleak place,” she said. “We have had significant regulatory and political challenges in our industry.”

The money manager sees some room for optimism following the approval this week of the Trans Mountain pipeline expansion that would almost triple capacity on a line taking oil from Alberta to the Pacific Coast near Vancouver. More needs to be done, she said.

“We are wasting our time” and at risk of becoming “violinists on the Titanic,” she said.

Sankappanavar said Canada does offer some opportunities as a “deep value” play given the decline in asset values. The industry also needs to do a better job promoting the progress it’s made in reducing relative emissions and investing in renewable energy.

“Canada has a brand issue,” she said.

--With assistance from Rebecca Penty and Joe Richter.

To contact the reporters on this story:
David Scanlan in Toronto at dscanlan@bloomberg.net;
Kelly Gilblom in London at kgilblom@bloomberg.net

To contact the editors responsible for this story:
David Scanlan at dscanlan@bloomberg.net
Steven Frank, Jacqueline Thorpe

Rudolf Huber  |  June 28, 2019
Well, if projections are just about right, the US will soon be able to supply Canada with all the energy it needs from its shale fields. Make no mistake, when Canadians find out that they got the short straw in this deal, they will boot those politicians causing this mess out. But it might take a while yet as the public is still firmly enthralled and ready to foot the bill. Who would have told that there might be a chance to reverse the pipelines and instead of Canadian crude going south, US crude goes north.
Randy Verret  |  June 21, 2019
Don't kid yourself. Canada provides a laboratory for various environmental activist groups to set up a "beach head" in N. America to fully implement the "Keep it in the Ground" madness. Americans need to pay attention. I'd submit that not only is the oil sector worth examination, but renewables (as well). In light of the Green New Deal, U.S citizens need to be informed of the realities of the Ontario Energy Act which gives a "preview" of what a 100% renewables quest looks like in the real world. That provincial legislation was repealed last year, but the results (certainly) are a cautionary tale as to how best to destabilize your grid and increase energy costs. Folks need to start waking up to the fact that the ongoing energy transition debate needs a different direction...