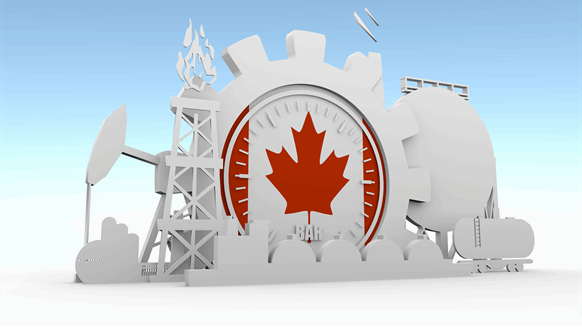 Canadian natural gas producers are asking Alberta's government to give drillers a break on their royalty payments in return for cutting back output during periods of heavy pipeline maintenance.

(Bloomberg) -- Canadian natural gas producers are asking Alberta’s government to give drillers a break on their royalty payments in return for cutting back output during periods of heavy pipeline maintenance, a bid to smooth out the province’s volatile gas market.

That would give producers an incentive to dial back their output when capacity on TC Energy Corp.’s Nova Gas Transmission Ltd. pipeline system, which moves gas around and out of Alberta, is reduced due to regular maintenance or work on its expansion, according to executives involved in the talks. Without such an incentive, drillers often continue to push gas into the system despite the reduced capacity, resulting in volatile and low prices, they said.

TC could ask producers to cut a certain amount of output when it’s planning to do work on the system, and the government would manage the pool of credits that drillers accrue for voluntarily cutting back, Advantage Oil & Gas Ltd. Chief Executive Officer Andy Mah said in an interview. The program also would help the government collect more in royalties over the long term, he said.

“You should see less of this big volatility,” Mah said of the potential program. “The royalty formulas are a function of price, and if the price is higher, everyone is able to realize gains.”

The discount on gas at Alberta’s AECO hub relative to the Henry Hub in Louisiana has widened over the past two years and has also undergone some wild swings this year.

Peyto Exploration & Development Corp. Chief Executive Officer Darren Gee, who also has been involved in the talks with Alberta Associate Minister of Natural Gas Dale Nally, said the government recognizes the seriousness of the problem and is working quickly to address it. He said he expects a program to be announced in time to help producers through this summer, when TC conducts much of its maintenance and expansion work.

TC Energy confirmed that it has been involved in meetings with producers and the government and will continue to engage in the process.

“The health of the industry is of utmost importance,” TC spokesman Terry Cunha said in an emailed statement.

While Gee said TC could improve the transparency around its maintenance and outage schedule, he credits the company for working with producers and for its investments to add more shipping capacity. TC, formerly known as TransCanada, is working on an C$8.6 billion ($6.6 billion) expansion of the NGTL system. The program would add 3 billion cubic feet per day of delivery capacity by the end of 2022, representing a 22% increase to its current volume of about 13.5 billion.

“There’s an ability for the basin to grow quite a bit into that expansion,” Gee said in an interview. “But we don’t want to have a dead industry before we can expand into that capacity.”