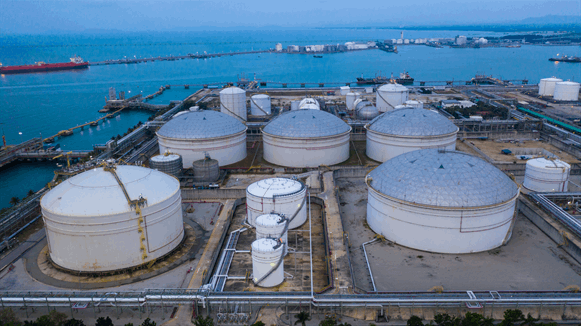 Train 3 remains on track to start initial LNG production in the second quarter of 2020.

"We are excited that our first liquefaction project is nearing completion and we couldn't be more pleased that Cameron LNG is already contributing to position the U.S. as one of the top LNG-producing countries in the world," said Lisa Glatch, chief operating officer of Sempra LNG and board chair for Cameron LNG. "We are looking forward to achieving commercial operations of the third and final train of Phase 1 while maintaining the same remarkable safety record the project has achieved thus far."

Phase 1 of the Cameron LNG export project includes the first three liquefaction trains that will enable the export of about 12 million tonnes per annum (Mtpa) of LNG, or 1.7 billion cubic feet per day.

Sempra's share of full-year run-rate earnings from the Phase 1 project are expected to be between $400- and $450 million annually starting in 2021 when all three trains achieve commercial operations.

Sempra LNG develops and builds natural gas liquefaction facilities and is pursuing the development of five strategically located LNG projects in North America with a goal of delivering up to 45 Mtpa of clean natural gas to the largest world markets, which would make Sempra Energy one of North America's largest developers of LNG-export infrastructure facilities, according to the company.