Calls For Iranian Forces to Close Strait of Hormuz 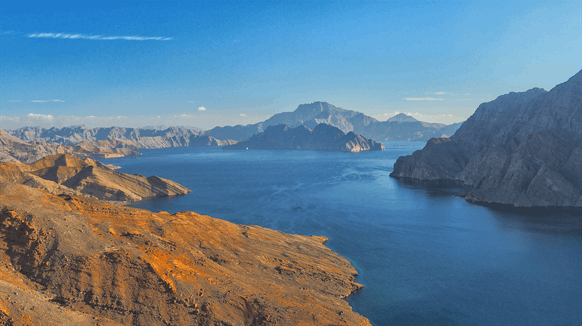 'The closure of the Strait of Hormuz is a popular call in Iran, especially in times of turbulence'.

Set against the backdrop of continuing internal disquiet in Iran, media outlets loyal to the regime call for Iranian forces to close the Strait of Hormuz in response to what it cites as foreign intervention.

That’s what Dryad Global noted in its latest Maritime Security Threat Advisory (MSTA), adding that Egypt has assumed responsibility for the CTF (Combined Task Force) - 153 within the Red Sea area.

“The closure of the Strait of Hormuz is a popular call in Iran, especially in times of turbulence,” Dryad Global stated in the MSTA.

“However, in reality, Iran processes little capability to realize this. Further still this would be significantly against Iranian strategies interests,” Dryad Global added in the MSTA.

Last week, the Egypt State Information Service (SIS) website announced that Egyptian naval forces took over the command of CTF - 153 on December 13. The organization is tasked with combating illegal activities in the Red Sea, Bab el-Mandeb and the Gulf of Aden, SIS - which describes itself as the nation’s ‎main informational, awareness and public relations agency - noted.

Military Spokesman Gharib Abdel-Hafiz said on his official Facebook page that this comes within the framework of efforts made by the Armed Forces, in cooperation with the United States and other countries, to face threats and challenges to security and stability of the region, SIS highlighted on its site.

According to an article posted on the U.S. Energy Information Administration (EIA) website back in 2019, the Strait of Hormuz is the world’s most important oil transit chokepoint. In an update posted in April this year, Statista, which describes itself as a leading provider of market and consumer data, revealed that around 18 million barrels of oil passed through the Strait of Hormuz every day in 2020.