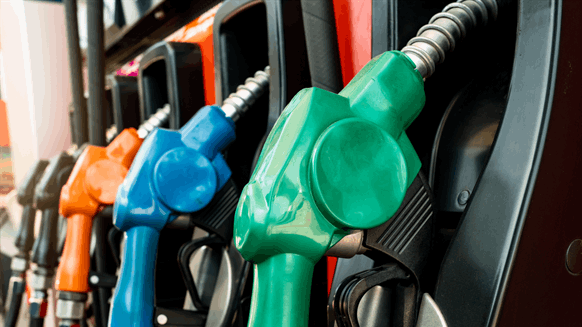 The average price for regular unleaded gasoline in California hit a new record.

The average price for regular unleaded gasoline in California hit a new record on Thanksgiving at $4.709, the AAA revealed.

That figure was slightly higher than Wednesday’s average, which the AAA showed was $4.705. The week ago average was $4.696 and the month ago average was $4.547, according to the AAA. The average price for this time last year stood at $3.175. Within the state, 12 counties recorded prices of $4.817 or above as of Thursday, with Mono County seeing prices as high as $5.593, the AAA revealed.

In a statement posted on its website on Wednesday, the AAA noted that, as long as the price of oil is near $80 per barrel, drivers should expect pump prices to remain elevated.

“Releasing SPR oil is anticipated to have a downward impact on pump prices,” the AAA said in the statement. “However, how much of a price impact and how long the price relief will last depend on the total amount of oil that moves into the market after the coordinated releases around the globe,” the AAA added.

“As a result, drivers could see some price relief at the pump over the coming weeks, but they should expect prices to remain higher than last year’s holiday season and in 2019,” the organization went on to state.

On Tuesday, President Biden announced that the Department of Energy will make available releases of 50 million barrels of oil from the Strategic Petroleum Reserve “to lower prices for Americans and address the mismatch between demand exiting the pandemic and supply”. The announcement was made in parallel with other major energy consuming nations, including China, India, Japan, the Republic of Korea and the United Kingdom.

“The President stands ready to take additional action, if needed, and is prepared to use his full authorities working in coordination with the rest of the world to maintain adequate supply as we exit the pandemic,” a White House statement noted on Tuesday.

Rystad Energy’s senior oil markets analyst noted that Tuesday marked the official emergence of an “anti-OPEC+”. Dickson described the newly emerged group as a set of top oil-consuming countries that are taking the supply-side dynamics into their own hands in the “unconventional and unprecedented” release of strategic petroleum reserves to create “artificial looseness” in the oil market.