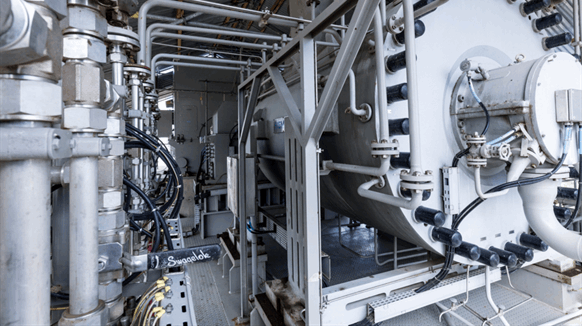 Kiewit, which is overseeing engineering, procurement and construction (EPC) of the 10 million-ton-per-annum LNG export facility in Cameron Parish, La., selected Siemens in connection with the balance of plant scope, Siemens noted in a written statement emailed to Rigzone.

According to Siemens, the scope of supply covers engineering, manufacturing and testing of two centrifugal BOG compression packages and one reciprocating BOG compression package. The contract recipient added that electric motors will directly drive the compressors at the facility, located along the Calcasieu Ship Channel near the Gulf of Mexico. The site is approximately 50 miles (80 kilometers) south of the city of Lake Charles.

Siemens noted the compression trains should ship in the summer and fall of this year. Venture Global has projected a 2022 start of commercial operations for Calcasieu Pass LNG.

Elsewhere in Louisiana, Venture Global is developing another LNG export facility along the Mississippi River near New Orleans.