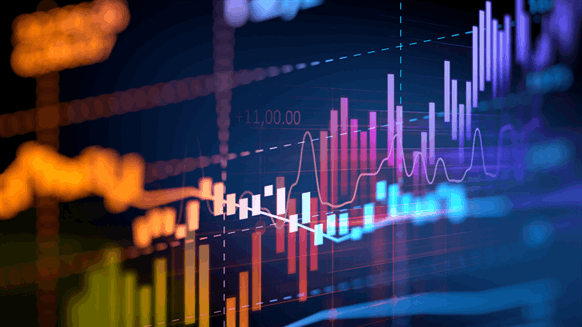 Hedge funds are growing more pessimistic about oil prices as sentiment on the global economy sours.

Money managers pushed bets on a decline in Brent crude prices to the highest since mid-January in the week ended July 2, according to data released Friday. It was another sign of waning faith in a week that saw prices drop amid a host of sluggish reports on global manufacturing. That overshadowed a deal by OPEC and its allies to extend supply cuts.

Short-selling bets on Brent climbed by 1.5%, according to the ICE Futures Europe exchange. The net-long position -- the difference between wagers on a price increase and those on a decline -- fell 2.7% to 248,006 options and futures contracts, the least bullish since February.

The release of data on West Texas Intermediate crude positions was postponed until Monday, due to the July Fourth holiday in the U.S.

To contact the reporter on this story:
Alex Nussbaum in New York at anussbaum1@bloomberg.net

To contact the editors responsible for this story:
Simon Casey at scasey4@bloomberg.net
Carlos Caminada, Christine Buurma