Brent Likely to Hit $100 Per Barrel by Year End 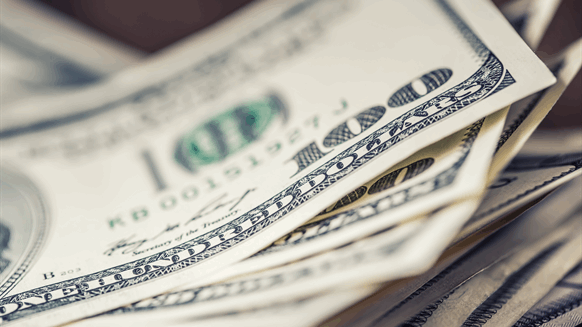 Brent is likely to hit $100 per barrel by the end of the year, according to Rystad Energy.

Brent is likely to hit $100 per barrel by the end of the year following OPEC+’s move to cut two million barrels per day from November, a new market note from Rystad Energy has outlined.

“We believe that the price impact of the announced measures will be significant,” Rystad Energy Senior Vice President Jorge Leon said in the note.

“By December this year Brent would reach over $100 per barrel, up from our earlier call for $89 per barrel,” Leon added.

In the note, Leon outlined that ICE Brent Front Month reached $94 per barrel right after the OPEC+ announcement, compared to $88 per barrel last Friday.

Oil soared past $100 per barrel for the first time in years as Russian forces escalated a conflict with Ukraine back in February. It has since closed above $120 per barrel on several occasions in 2022, although Brent dropped from over $123 per barrel in June to just above $84 per barrel at the end of September. At the time of writing, Brent is trading at $95.18 per barrel.

Scope for 1.2 Million Barrels Per Day

In Rystad’s latest market note, Leon highlighted that Rystad believes that OPEC+ will not be able to deliver on the full headline cut but instead has scope to deliver 1.2 million barrels per day of effective cuts “as 14 out of the 23 member countries, accounting for 39 percent of the group’s production in September, are currently underproducing so that the new quota will not be binding”.

Leon also pointed out that OPEC+ outlined two non-volume shifts in policy in its official press release, which he said “will also be quite impactful on the oil market”.

“Firstly, the Declaration of Cooperation was extended until the end of 2023. This adds a year of potential sturdy oil price floor amid what OPEC+ describes as ‘uncertain’ global economic outlook and the need for long-term guidance in the oil market,” Leon said.

“Another important detail is that the 23-member group will only meet every six months, signaling that the new target production level of 40.1 will not be tinkered with on a month-to-month basis,” he added.