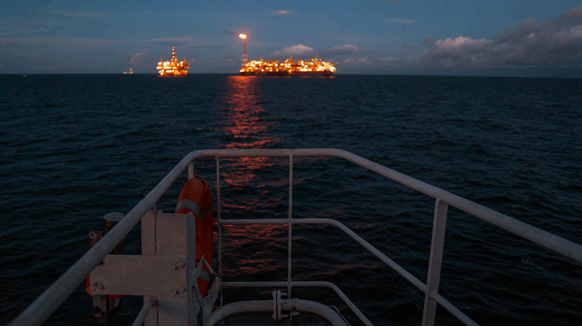 Service company Aibel reported that it has won a FEED contract for an FPSO that MODEC will construct for Equinor.

Service company Aibel reported Wednesday that it has received a major floating production, storage and offloading (FPSO) contract from MODEC.

“This is an important recognition of our international FPSO expertise in Singapore and Thailand,” Aibel President and CEO Mads Andersen commented after his company secured a letter of intent (LOI) from MODEC, which is supplying Equinor a newbuild FPSO for its Bacalhau field development in Brazil.

As a recent Rigzone article notes, Bacalhau is located 115 miles (185 kilometers) offshore Brazil’s Sao Paulo state at a water depth of 6,756 feet (2,050 meters). According to a written statement from Aibel, the LOI from MODEC covers a front-end engineering design (FEED) phase for management and basic engineering services.

Aibel added the LOI includes an option for an engineering, procurement and construction (EPC) contract encompassing detail engineering, bulk procurement and construction of approximately 20,000-ton topsides modules for the Bacalhau FPSO. Brazil’s largest-ever FPSO, the MODEC-delivered vessel will boast a production capacity up to 220,000 barrels of crude oil per day, Aibel noted.

“We have a long track record of delivering world-class FPSO topsides and modules,” stated Andersen. “With this major project, we are looking forward to further develop the good and long-established relationships we have with both MODEC and end-client Equinor, and at the same time prove ourselves worthy of the trust we are given.”

Aibel and MODEC will form an integrated project team that will work out of Aibel’s Singapore office, where the project will be managed. In addition, Aibel stated that its engineering office in Thailand will assist in detail engineering. The firm’s newly expanded and upgraded yard facilities in Laem Chabang, Thailand, will build the 20,000-ton modules.

Having won the contract from MODEC, Aibel also reported that it will expand its engineering organization in Singapore.

“Over the years, our Singapore office has developed solid expertise within the FPSO field from early concept and study to final execution, and therefore it has become a hub for our strategic focus on the international FPSO market,” remarked Nils Arne Hatleskog, Aibel’s executive vice president for field development and offshore wind. “We see a major potential in this market, and with this contract and a significant expansion of our office, we will put ourselves in a favorable position for future contracts.”

According to Aibel, the Singapore office will “immediately” begin engineering work on the MODEC FEED contract. The company expects to begin pre-fabrication of the topside modules in the second quarter of 2021, subsequently transporting them to Singapore for integration onboard the hull. The hull will be built in China.