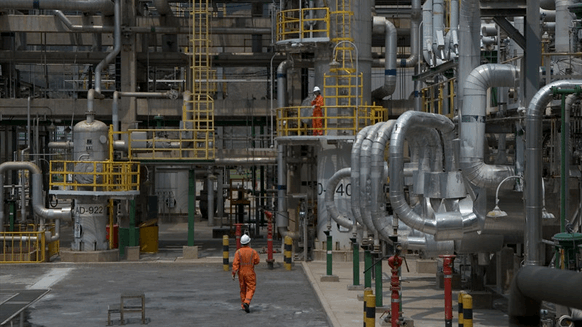 BP plc reported Monday that it has agreed to sell its global petrochemicals business to INEOS for a total consideration of $5 billion, subject to adjustments.

The deal, which includes BP’s global aromatics, acetyls and related businesses, will enable the company to achieve its $15 billion divestment target a year ahead of schedule, BP noted in a written statement emailed to Rigzone.

“Today’s agreement is another deliberate step in building a BP that can compete and succeed through the energy transition,” remarked BP CEO Bernard Looney.

Under the agreement, INEOS will pay BP a $400 million deposit and subsequently pay $3.6 billion on completion, BP stated. The company added the remaining $1 billion will be deferred and paid in the following installments:

Given regulatory and other approvals, BP stated it expects the transaction to close by the end of this year.

“I am very grateful to our petrochemicals team for what they have achieved over the years and their commitment to BP,” stated Looney. “I recognize this decision will come as a surprise and we will do our best to minimize uncertainty. I am confident however that the businesses will thrive as part of INEOS, a global leader in petrochemicals.”

From a strategic standpoint, limited overlap exists between BP’s petrochemicals business and the rest of BP, Looney continued.

“(I)t would take considerable capital for us to grow these businesses,” he commented. “As we work to build a more focused, more integrated BP, we have other opportunities that are more aligned with our future direction. Today’s agreement is another deliberate step in building a BP that can compete and succeed through the energy transition.”

In a separate written statement, INEOS Founder and Chairman Sir Jim Ratcliffe called the pending acquisition “a logical development of our petrochemicals business” that will extend INEOS’ reach in acetyls and add a “world leading aromatics business” that supports the global polyester industry.

According to INEOS, the acquisition will add 15 sites to its global presence – five in the Americas, two in Europe and eight in Asia – as well as 10 joint ventures.

“We are delighted to acquire these top-class businesses from BP, extending the INEOS position in global petrochemicals and providing great scope for expansion and integration with our existing business,” noted Ratcliffe.

BP stated the affected businesses currently employ more than 1,700 staff worldwide. The company added the staff are expected to transfer to INEOS on completion of the sale.