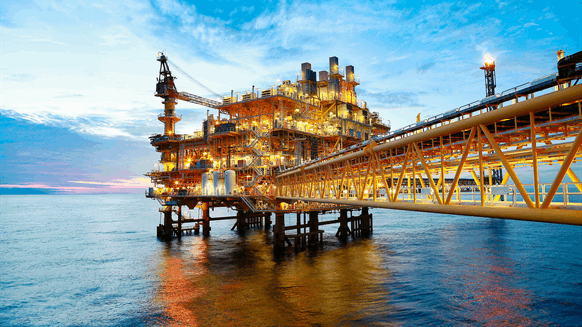 Over the past five years, BP has invested $10 billion in the Gulf of Mexico.

BP plans to invest $7 billion in its Gulf of Mexico business by 2025, according to a new report published by the company.

BP outlined in the report that the investment will help drive its transformation toward an integrated energy company, “increasing production of resilient hydrocarbons that are some of the lowest carbon barrels of oil compared to other oil producing regions”.

Over the past five years, BP has invested $10 billion in the Gulf of Mexico, according to the report, which noted that the company is one of the largest oil producers in the region’s deepwater. The report highlighted that BP’s strategy in the area is rooted in continued investment and exploration around four operated hubs - Atlantis, Mad Dog, Na Kika and Thunder Horse.

“With more than three decades of experience in the region, BP’s next wave of growth is underpinned by several new major projects already underway,” BP stated in the report. These include a “$1.3 billion expansion at the Atlantis field”, a “second major expansion at the Thunder Horse field”, and the “$9 billion Mad Dog 2 development expected to start up in 2023”, BP pointed out in the report.

BP has a larger presence in the U.S. than anywhere else in the world, according to its website, which notes that every major BP global business is active in the country. Among BP’s more than 65,000 employees in over 65 countries, more than 12,000 work in the U.S., BP’s site points out, adding that the company has invested more than $135 billion in the U.S. since 2005.

“BP is proud of our 150-year history in the United States, and we’re committed to America for the long term as we transform our company in line with our ambition to reach net zero emissions by 2050 or sooner, and help the world get there too,” David Lawer, the chairman and president of BP America, said in a statement posted on the company’s site.