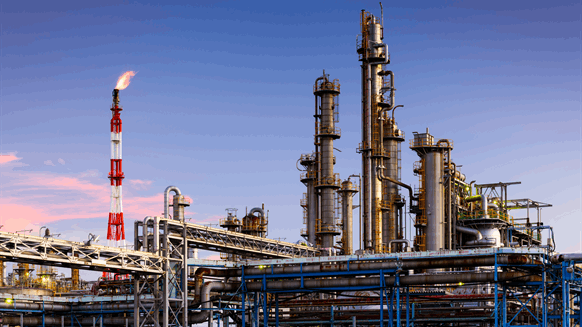 BP plc (NYSE: BP) has announced plans for a $269 million investment in three projects at its Cherry Point Refinery in Washington state.

BP plc (NYSE: BP) has announced plans for a $269 million investment in three projects at its Cherry Point Refinery in Washington state.

The projects - which aim to improve the refinery’s efficiency, reduce its carbon dioxide emissions and increase its renewable diesel production capability - are expected to create more than 300 local jobs over the next three years. This includes more than 200 construction jobs, 25 engineering jobs and approximately 40 support roles, BP highlighted.

BP’s three projects at Cherry Point comprise a $169m Hydrocracker Improvement Project (HIP), a $55m Cooling Water Infrastructure Project (CWI) and a $45 million Renewable Diesel Optimization (RDO) project. BP said the investment is aligned with its aims to be net zero across its operations by 2050 or sooner and to reduce the carbon intensity of the products it sells by 50 percent by 2050 or sooner.

“BP’s new investment in Cherry Point builds on a half century of innovation in Washington state,” David Lawler, the chairman and president of BP America, said in a company statement.

“It will position us to provide lower carbon energy while creating jobs and reducing emissions in our operations,” he added in the statement.

Amber Russell, a senior vice president of refining, terminals and pipelines at BP, said, “our team’s success since we first began producing renewable diesel made these projects possible”.

“We’re excited that Cherry Point continues taking steps toward a lower carbon future. This work shows the important role refining can play in helping both BP and the world reach net zero,” Russell went on to say.

BP’s Cherry Point Refinery is located in Blaine, Washington, and helps meet the increasing energy demand from consumers across Washington state and beyond, according to BP’s website. The refinery is the first and only refinery in the Pacific Northwest capable of manufacturing diesel made from biomass-based feedstocks and is the largest supplier of jet fuel to Seattle, Portland and Vancouver airports, BP highlights. In 2019, the refinery completed a 22-month modernization project to help reduce emissions and improve energy efficiency.

BP has a larger economic footprint in the U.S. than it does anywhere else in the world, its website notes, adding that since 2005, the company has invested more than $130 billion in the country. BP employs about 10,000 people from coast to coast and supports more than 230,000 American jobs.