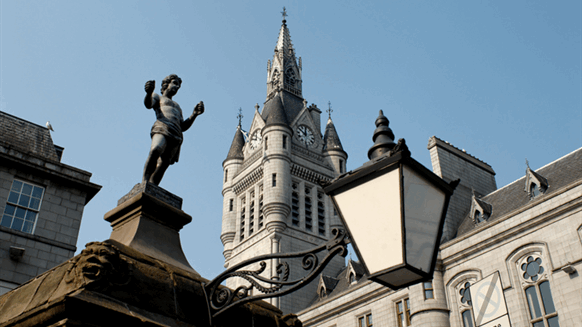 BP (NYSE: BP, LON: BP) revealed Tuesday that it will work together with Aberdeen towards finding 'climate positive solutions' in the city.

BP plc (NYSE: BP, LON: BP) revealed Tuesday that it will work together with Aberdeen towards finding “climate positive solutions” in the city.

For the next four years, the company said it will serve the citizens of Aberdeen as a strategic planning and technical advisor, helping to shape solutions for the city’s net zero path. Aberdeen will be the second city BP will help to decarbonize after partnering with Houston earlier this year.

Under its latest deal, BP and Aberdeen council will work together to develop and deliver green energy solutions, exploring ideas such as hydrogen for heat, power and transport; electrification; improving building energy use and efficiency and the potential to produce energy from waste.

“Our task is to connect the dots between experts – both within the council and across BP – to create the very best and most sustainable decarbonization solutions for the city,” William Lin, BP’s executive vice president of regions, cities and solutions, said in a company statement.

The co-leader of Aberdeen City Council, councilor Jenny Laing, said, “we are delighted to be embarking with BP on the next phase of Aberdeen’s drive to support local, national and international climate change targets”.

“The council and BP have the same goals in reducing our carbon footprint and working with BP provides a major opportunity for Aberdeen to progress our plans,” Laing added.

Back in July, BP announced that it had signed a Climate Action Plan (CAP) agreement with Houston, which aims to advance major goals in the city’s CAP. As part of this deal, BP will serve as the city’s strategic planning and technical partner on the CAP for the next four years.

BP said its partnerships with Aberdeen and Houston represent real progress towards its new strategy, which was announced last month.