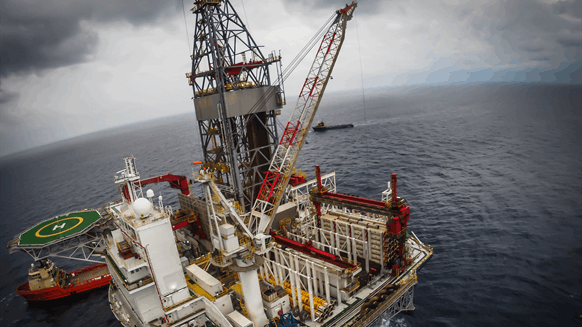 The majority of North Sea oil and gas workers believe the North Sea oil market will improve in 2018, according to a recent survey carried out by Rigzone.

Almost two thirds of the 59 respondents who took part in the survey thought the market would be in better shape next year, with 35.59 percent forecasting an improvement between the third and fourth quarter and 27.12 percent expecting a better situation to emerge even earlier, during the first and second quarter.

Just over a fifth of participants (20.34 percent) think it will take longer for the sector to improve, and 16.95 percent somewhat pessimistically believe the market will never improve. Respondents were split on whether or not the North Sea oil and gas market had improved in 2017, with 49.15 percent stating it had and 50.85 percent stating it hadn’t.

If I was to go out on a limb, I’d say I’d agree with the view that the North Sea oil and gas sector will improve next year.

The global oil industry is expected to shift from downcycle to upcycle in 2018, according to a report from BMI Research, which would be good news for every oil and gas basin.

In addition, the UK is scheduled to implement a new tax policy in November 2018, which is expected to encourage new entrants to bring fresh investment to the North Sea, help extend the life of many mature fields in the region and help deals in the area complete in a more efficient way.

All would be a great boost for the sector, which has seen more than its fair share of struggle since the latest oil price downturn, which saw the price of Brent Crude collapse from highs of over $100 per barrel in 2014 to lows of around $28 per barrel in 2016.

KeenObserver  |  January 01, 2018
This is the 3rd article that professes to identify the termination of North Sea's down-cycle and improved up-cycle in 2018. The North Sea is suffering from multiple issues that have relegated the basin as an unattractive investment. The regulatory framework (Norway being the most onerous followed by Denmark and the UK) is not balanced to promote new activity and development. Existing brownfield operators in the North Sea have been given a lot of latitude as they employ personnel and many fields are borderline uneconomic. New developments are hobbled by increasingly complicated regulatory demands. ie CO2 emissions, carbon accounting.. The North Sea mentality. How often have you heard "we in the North Sea require 3 separate hazard reviews followed by a litany of "work packs" before we even consider a modification. Compare this to the Permian where a 20 well separation facility can be in place and functional in 3 weeks. The Permian can bring online 5000bopd in less then 5 days. Equipment has gotten old: majority of workover rigs and development rigs have been poorly maintained and do not inspire confidence. Cold stacked rigs will probably never return to service as few investors have the appetite for new developments. The North Sea has great vendors and engineers/techs that provide world wide support. I believe that their activity level in the North Sea (non P&A work) will continue to decrease. Its Sentiment: Norway is contemplating reducing their interest in oil related service stocks in their sovereign wealth fund to zero. What do the Norwegians know that we don't...They view investing in Tesla and Twitter a "safer" alternative then investing in their own capable oil service industry... Read the tea leaves...From Transocean Winner, Grenfell to North Sea Forties pipeline...lots of visual reminders that things are not well managed as we are led to believe...Reliance on 40 year old infrastructure will keep new investment disadvantaged in the future... Do the cool millennials have an appetite for north sea work? doubt it.. P&A Godzilla...The North Sea is staring down a technically challenging and economically costly P&A responsibility that rests on poorly funded operating duty holders. As the BP's and Hess's exit the North Sea (Executives consider "exit" word not to convey the eager-nous of desire to extricate themselves from north sea problems.