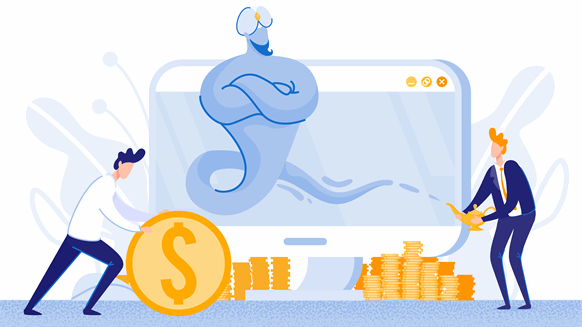 “A blockchain is an immutable data record – called ‘blocks’ – that are linked together as entries in a distributed ledger,” Andrew Bruce, CEO and founder of DataGumbo Corp., whose “GumboNet” blockchain platform enables operating companies, service companies and vendors to automate contract execution and payments using field data. “Each block contains a timestamp, cryptographic hash of the previous block and transaction data yielding a verifiable, permanent and shareable record.”

Bruce noted a blockchain network provides a neutral, third-party data log – “one version of truth” – that all contract participants can access and trust but none can change unilaterally. Moreover, his firm contends that its platform limits contract disparities and legal disputes while freeing up working capital and enabling cash and financial management to occur in real-time. In the case of the offshore industry, an operator pays only for what it receives and a contractor gets paid for what it delivers.

“The reason that blockchain is of interest to an offshore oil and gas operating company is due to the speed, accuracy, transparency and visibility it provides as an immutable record of events captured in verifiable data,” Bruce explained.

DataGumbo reports that its blockchain network has been adopted by the 10-member Offshore Operators Committee (OOC) Oil and Gas Blockchain Consortium. The consortium includes Chevron, ConocoPhillips, Equinor, ExxonMobil, Hess, Marathon Oil, Noble Energy, Pioneer Natural Resources, Repsol and Shell. According to DataGumbo, drilling and well completion services firms, midstream companies and others use the system as well – with more deployments slated for this year.

“In the last year, blockchain has solidified its place in the market,” said Bruce. “Companies that experimented early are now rolling out blockchain on a global scale. You cannot put the genie back in the bottle. The financial benefit of blockchain adoption is too compelling and, in the next 12 months, the speed of adoption will increase exponentially.”

In fact, Bruce remarked that broad blockchain adoption offshore sector is only just beginning. He acknowledged that change management and the lack of digitization, coupled with other factors, represent key hurdles to some companies' blockchain integration efforts. However, he stressed that firms increasingly recognize the need to act.

“The general industry trend, not solely relegated to offshore, is that entities are looking to put blockchain systems into production now,” said Bruce. “The market is witnessing significant momentum in implementation and many are worried about getting left behind.”

Given current oil market conditions, Bruce foresees that offshore oil and gas players will view blockchain adoption with a heightened sense of urgency.

“With market oil prices on the decline, people need to be able to operate in a low-cost environment, and blockchain provides too much value to be ignored,” he said. “It’s the route to what will be standardized in the future and a key driver of significant operational savings.”

Beyond the next year or so, Bruce envisions even more opportunities for companies to use blockchain to standardize contracts and save on negotiating costs.

“With value calculators and test environments, blockchain-based smart contracts can simulate exactly what each side expects to derive from implementation and execution,” Bruce concluded. “By delivering real-time visibility into contract performance, smart contracts provide a critical way to measure that the intended contract value is being achieved from start to finish.”

craig  |  March 07, 2020
I wouldn't be surprised to see smart contracts used more increasingly over the coming years. Transparency, traceability, and tradeability from suppliers and stakeholders will only rise.