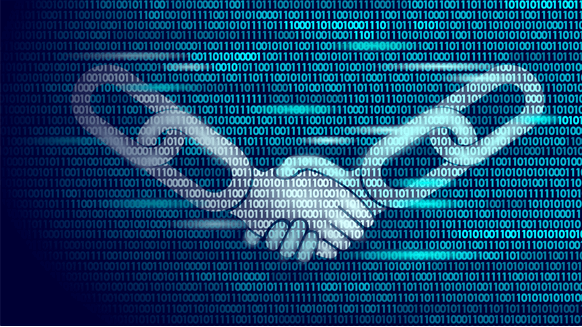 “We’ve heard from customers that often the producer and the operator will each depend on their own separate proving equipment at the point of custody transfer, potentially costing hundreds of thousands of dollars in additional expense,” Scotty Perkins, senior vice president of product innovation with Quisitive, told Rigzone. “They also will install duplicate flow and safety measurement equipment to ensure that the operator is protecting the transit areas and the integrity of the product as it’s being transported. They do this because they’ve been conditioned by experience to only trust their own data, mostly due to poorly calibrated equipment, but also due to unscrupulous behavior.”

Small variations in basic sediment and water (BS&W) and specific gravity measurements can greatly affect the sale price of the product, explained Perkins, adding that the producer wants assurances it is being treated responsibly.

“This leads to not only substantial capital investment, but also the ongoing cost and frustration associated with reconciling two sources of data when evaluating the operator’s performance to the contract,” Perkins said.

Quisitive, a unit of Toronto-based Fusion Agiletech Partners, recently unveiled a proof-of-concept (POC) – “Blockchain Oil Pipeline” – that it maintains would ensure trustworthy data that the producer and pipeline company can agree on. Consequently, the company asserts the blockchain platform – a distributed digital ledger for recording transactions – would cut redundancy and boost profitability for both parties.

During a May 21 strategy briefing at the Microsoft Technology Center in Houston, Quisitive presented the POC for their platform to an invited group of oil and gas executives. The company stated that it plans similar demonstrations in Dallas, Denver and Toronto in the coming months.

“This is great for both the operator and the producer,” Perkins said of the latter step. “The operator can easily prove to customers and regulators that things are being managed responsibly, and the producer can see that the product is being moved safely and without loss.”

“A cloud-based solution for this business process allows all the parties – producer, operator, certification authority, regulator, etc. – to have a common shared view of critical custody transfer data and pipeline operation data, all captured directly from the devices through SCADA (supervisory control and data acquisition) and IoT,” Perkins explained.

“It’s completely sequential, secure and it’s immediately evident if someone tries to tamper with the data captured by the devices,” said Perkins. “From a security standpoint, the cryptographic capabilities of blockchain and the security framework of Microsoft Azure also allow visibility to any event to be restricted to only those parties who are supposed to see it.”

What’s Disruptive About It?

The security aspect of the platform is what makes it disruptive, added Perkins.

“Look, capturing SCADA instrumentation data is not new, nor is storing it in databases,” Perkins said. “What’s genuinely novel and disruptive about storing data on an enterprise blockchain in a cloud environment is that it makes the data completely trustworthy. That allows brands that pride themselves on transparency and quality of operation to easily prove that to their customers, including through shared dashboards and reporting.”

“For highly regulated businesses, such as midstream pipeline operators, it can be dramatically easier to show regulators that the operation meets or exceeds responsible standards by presenting all the data in one place without any opportunity for gaps in the timeline or tampering,” said Perkins.