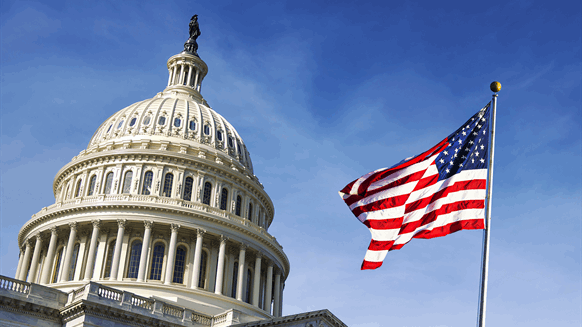 The newly introduced legislation declares that Keystone XL does not need a Presidential permit.

At press time, there were no Democratic co-sponsors.

“President Biden’s decision to revoke the Keystone XL Pipeline permit is an attack on the way of life for thousands of people who rely on energy production to feed their families,” remarked Armstrong in a written statement. “We must do everything we can to see this terrible decision reversed and fight for energy policies that help move North Dakota and our nation forward.”

According to the statement from Armstrong’s office, Keystone XL has been projected to generate approximately 11,000 direct and up to 60,000 indirect and supporting jobs. Shortly after Biden pulled the cross-border permit, TC Energy cut 1,000 jobs – many of them unionized – in both the United States and Canada.

“In revoking this permit, the Biden Administration has chosen to listen to the voices of fringe activists instead of union members and the American consumer on Day 1,” stated the United Association of Union Plumbers and Pipefitters (UA). “When built with union labor by the men and women of the United Association, pipelines like Keystone XL remain the safest and most efficient modes of energy transportation in the world. Sadly, the Biden Administration has now put thousands of union workers out of work.”

Another major union, the International Brotherhood of Teamsters, urged the administration to reconsider its decision on Keystone XL.

“This executive order doesn’t just affect U.S. Teamsters; it hurts our Canadian brothers and sisters as well who work on this project,” observed Teamsters General President Jim Hoffa. “It will reduce good-paying union jobs that allow workers to provide a middle-class standard of living to their families. America needs access to various forms of energy that can keep its economy running in the years ahead.”

The Biden-Harris ticket received the endorsements of UA and the Teamsters – along with numerous other unions – in 2020, according to the campaign website.

“I’m proud to co-sponsor this legislation that reverses this radical, job-crushing unilateral action, and instead stands up for American jobs and energy security,” he said.

In declaring his support for the legislation, McCarthy brought up an angle tied to finding cleaner energy sources.

“(I)f we are actually serious about addressing climate change, we need smart solutions that provide cleaner energy at affordable prices through innovation, research, and technology,” said McCarthy. “Eliminating the Keystone Pipeline will make both those objectives more difficult to achieve. Instead of eliminating it, we should embrace it.”

Robert Sutke  |  February 05, 2021
Before we sell out to china does anyone know how many coal fired power plants are brought on line each month by the chinese communists?
Robert Bell  |  February 03, 2021
Millions of families will be unnecessarily harmed by these sorts of actions. Before we turn these fine hardworking people out to the streets, we should first let the renewables job market catch up. This will take time. Renewables have a place but we can’t and won’t allow our politicians to simply dismiss our families. It’s evil.
RELATED COMPANIES
Company: TC Energy more info