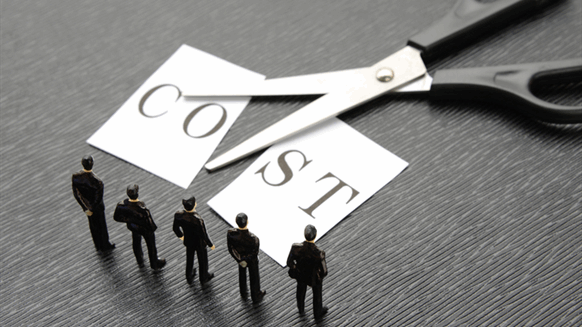 The world's largest energy companies plan to significantly widen a two-year effort to standardize the kit they use to pump oil and gas.

(Bloomberg) -- The world’s largest energy companies plan to significantly widen a two-year effort to standardize the kit they use to pump oil and gas, hoping they can deliver significant cost savings, said people familiar with the matter.

The discussions, scheduled on Wednesday for a closed-door meeting at the World Economic Forum in Davos, are the latest sign companies are seeking to tighten their belts permanently even as oil prices recover. Bespoke equipment designed on a project-by-project basis was common during the decade-long boom in crude prices, but looks less affordable after the industry’s worst downturn in a generation.

"Standardization could save the oil and gas industry hundreds of millions of dollars every year," Bob Dudley, the chief executive officer of BP Plc, said in an interview in Davos.

Major oil companies plan to expand their list of standardized kit to 40 from the initial four items agreed on when they started their collaboration in 2016, also at Davos, the people said. Initially, the project included giant valves, electrical transformers, and two pieces of submerged oil well equipment. Executives believe they can reach a technical consensus with their suppliers on a new list including equipment from across the whole industry, the people said, asking not to be identified because the meeting is private.

The oil and gas industry has focused on driving down costs since crude slumped from above $100 a barrel in 2014 to below $30 two years later. While Brent was back at $70 this month due to production cuts led by OPEC and Russia, companies aren’t banking on it staying there.

BP is planning its spending on the assumption that oil will trade in a $55 to $60 range, Dudley said. By the end of this decade, it aims to have driven project costs as low as $40 a barrel, he said.

The industry has already achieved significant savings on big projects. BP cut the price tag for the second phase of its Mad Dog field in the Gulf of Mexico to $9 billion in 2016, 60 percent lower than the design three years earlier. Statoil reduced the budget for the Johan Castberg oil project offshore Norway to about 49 billion kroner ($6 billion) from an initial forecast of more than 100 billion kroner.

The hard part is ensuring cuts like this stick. Industry costs, such as rental rates for offshore rigs, fell along with crude during the global financial crisis of 2008 to 2009, but surged again as prices recovered.