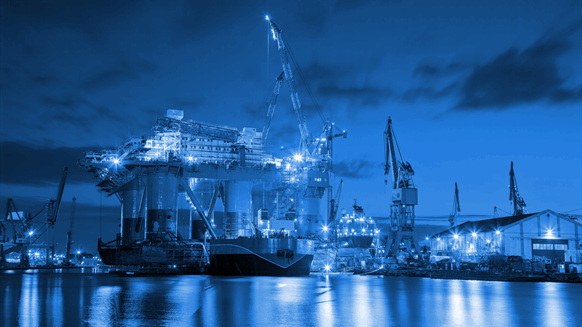 Awilco Drilling stated Monday that it has terminated its vessel construction contract with KFELS for the Nordic Spring.

AR2 exercised its contractual termination right “as a result of breaches under the Vessel Construction Contract,” Awilco noted in a written statement. The Aberdeen, U.K.-based North Sea drilling contractor added that AR2 has given KFELS notice of termination as a result of force majeure.

Citing the terms of the contract, Awilco stated that AR2 will be entitled to a refund from KFELS of US$43 million plus accrued interest.

Awilco pointed out that Nordic Spring is one of two now-terminated Moss Maritime CS60 Eco MW design semisubs that it had ordered from KFELS. It noted that another one of its subsidiaries has an option for an additional rig applying the design.

In response, Keppel Corp. (OTCMKTS: KPELY) stated Tuesday that it had issued a notice of termination of the second Awilco contract – worth an estimated US$425 million – on Dec. 4, 2020. The Singapore-based firm added that it had commenced arbitration to enforce its rights under the contract and retain the $43 million Awilco had paid, plus reimbursement of KFELS’ project costs up to that date.

In its Dec. 4 notice, Keppel Corp. states that KFELS terminated the contract because it had determined AR2 would be unable to pay its second installment for the rig in March 2021. “AR2 vigorously denies the allegations by Keppel FELS,” Awilco responded on Dec. 4.

Because it had terminated the contract on Dec. 4, Keppel asserted Tuesday that Awilco’s notice this week “can have no effect.” Moreover, it stated that KFELS denies Awilco’s allegations of breaches tied to the Nordic Spring contract and force majeure delay.

Awilco reported on March 22, 2019, that AR2 had signed the contract with KFELS a year earlier to build the Nordic Spring. At the time Awilco projected a “late Q1 2022” delivery for the harsh-environment rig, which had been slated for certification to drill on the Norwegian Continental Shelf – including the Barents Sea – in up to 5,000 feet (1,524 meters) of water.