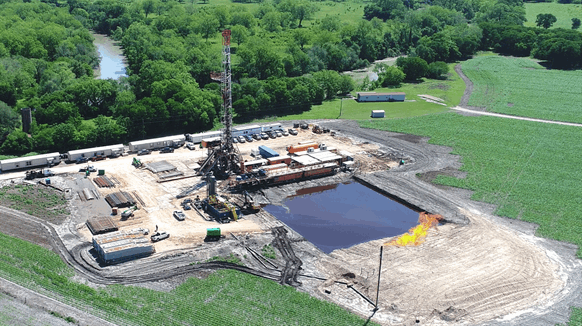 The San Antonio-based firm noted in a written statement that its Millennium Exploration Co., LLC drilling and operation division put the Chalk Talk #2H well into production on May 25 and the Chalk Talk ‘A’#1H well on June 10. Millennium pointed out the wells are the first of eight that it plans to drill within its 7,200-acre development area.

“I have a great passion for the art and science of making these projects come to fruition,” remarked Millennium CEO Richard Monroy.

Millennium – the operator of record – stated that it controls a combined 75-percent interest in the ongoing project, along with private equity partners. The firm noted that each of the two Gonzales County wells penetrated the target Austin Chalk zone with a 4,000-foot (1,219-meter) horizontal leg. It added that plans are unfolding to expand the company’s foothold in the play, identifying other drilling prospects and building operational support infrastructure.

“With two successful completions by spring, we are well on our way to exceeding this year’s production goals,” continued Monroy. “And, by drilling two more wells this year, we can also capitalize on lower-cost operations and ready availability of key vendors created by the current state of oil prices.”