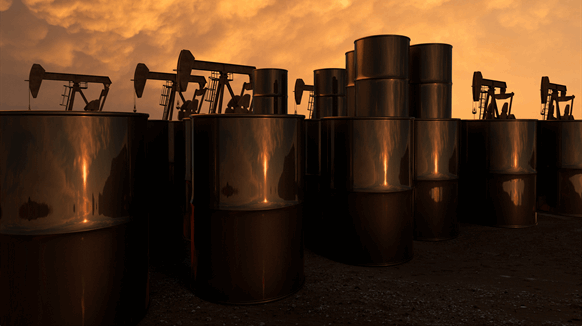 The attack has jolted investors, some of whom fear further strikes and suggest that oil should now carry a risk premium of ten percent.

Mid-September’s drone and missile attack on Saudi pipelines and crude oil processing plants at Abqaiq and Khurais knocked out half of Saudi oil production and caused a 20 percent surge in the price of Brent crude, the largest intraday percentage rise since Saddam Hussein invaded Kuwait in 1990.  Prices later fell after Saudi Arabia, which supplies more than ten percent of global crude, announced that it had restored half of the lost production and would restore the rest by the end of the month. Saudi crude production before the attack was some 9.7 million barrels a day, or five percent of global output. At the end of September, Saudi Aramco officials claimed it had fully restored production to pre-drone attack levels. Meanwhile, the price of Brent crude was at $61.30 a barrel, which is well below Brent’s 12-month high of $86.29 a barrel seen in October 2018.

Responsibility for the attack has been claimed by Yemen’s Houthi movement, but both Saudi and American government spokesmen have claimed that Iran is responsible. Abqaiq is the world’s largest oil processing facility and crude oil stabilization plant with a processing capacity of over 7 million barrels per day (bpd).  Khurais has the capacity to pump around 1.5 million bpd.  Whatever the case, the ease with which the attack was mounted raises fears of future strikes, which could potentially lead to global recession.

The attack has jolted investors, some of whom fear further strikes and suggest that oil should, in future, carry a risk premium of ten percent.  Unlike the OPEC induced oil crises of the 1970s, thanks to shale tight oil, the U.S. is more oil independent. Several countries, including the U.S. and Saudi Arabia, quickly announced that they would release crude oil from their strategic reserves to compensate for the lost output.

According to EIA data, the strategic oil reserves of the U.S., China, India and South Africa and at least 24 other countries amount to some 4.1 billion barrels. In addition, several countries have set up regional crude oil sharing stockpile sharing agreements. These include the European Union and the Oceania region made up of Japan, New Zealand and South Korea. At least 1.4 billion is held by national governments and the remainder is in private hands.

The U.S. government holds the world’s largest strategic oil reserves which on Sept. 6, 2019 amounted to 644.8 million barrels, according to the EIA. This is less than the 727 million barrels capacity of its 5 giant salt caverns located along the Texan and Louisianan coasts. An additional 416.1 million barrels of oil is held in commercial storage held by oil producers and refineries according to data from the U.S. Energy Information Administration.

China, the world’s largest importer of oil, has a mix of public and privately owned storage facilities in the eastern regions of Liaoning Province, Shandong Province and Hebei Province. Though there are no official reports as to the amount, western industry watchers estimate China holds around 400 million barrels in total.  At the other end in scale, South Africa’s Saldanha Bay holds some 45 million barrels.

Despite the recent attack, the impact on crude oil prices was short lived. West Texas Intermediate oil prices per barrel had receded to $55 on Sept. 25 compared with $69 following the attack. This muted reaction is due in large part to depressed global demand and strategic stockpiles around the world. But perhaps more significantly it's because the U.S. has joined Saudi Arabia as the swing crude producer, able to rapidly increase output to compensate for problems elsewhere in the global crude oil supply chain.

Nicholas is an experienced upstream energy correspondent and expert that writes and provides consultancy services for a range of business and media clients worldwide. Reach Nicholas at info@nicnewmanoxford.com.