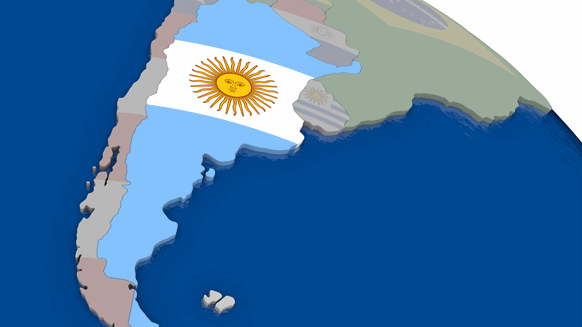 In a written statement emailed to Rigzone, the research consultancy observed that global LNG demand is showing increased seasonality. Moreover, it pointed out that peak potential LNG production in Argentina during the southern hemisphere summer months coincides with strong winter demand from utilities in Asia. That seasonal dynamic could lure Asian buyers and make a strong case for Argentinian LNG, the firm stated.

Wood Mackenzie also found that shipping LNG to Asia from Argentina would be cheaper than doing so from the U.S. Gulf Coast because there would be no need to transit the Panama Canal. Argentina will ramp up production from the Vaca Muerta shale formation in the Neuquen basin over the next few years, and major-scale LNG production should start in 2024, the firm noted.

Argentina’s LNG production volumes could reach 6 million tons per annum (mmtpa) in 2024, increasing to 10 mmtpa by 2030, Wood Mackenzie also noted. Moreover, the firm projects that associated gas from Vaca Muerta will account for 15 percent of Argentina’s gas production by 2024. Other projects in the condensate and dry gas window, with breakevens below US$3 per million British thermal units (mmbtu) will enter into full development in subsequent years, the firm added.

Rodriguez added that Vaca Muerta’s gas potential eclipses domestic demand and exports to neighboring countries such as Chile and Brazil.

“LNG exports could be a solution that enables Vaca Muerta production to continue the growth story,” he said.

Because Argentina lacks underground natural gas storage facilities near demand centers, Wood Mackenzie stated that gas flow to potential LNG export terminals will be seasonal as well. Price challenges stemming from seasonal LNG plant utilization notwithstanding, the firm estimated a US$8 per mmbtu breakeven for Argentina LNG at deliver ex ship for Japan.

“Argentina’s LNG could be interesting to players who want to diversify supply outside North America,” said Rodriguez. “The seasonality of its output could be also seen as a virtue for Asian utilities that are looking to contract just for their peaking demand months in the northern hemisphere.”

“Some Asian players are already active in the Argentinian shale,” he said. “Petronas is partnering with YPF in the joint venture of La Amarga Chica, while CNOOC participates indirectly through its subsidiary, Pan American Energy, in the Aguada Pichana Oeste. Meanwhile, Qatar Petroleum recently has shown interest in Argentina, buying a stake of ExxonMobil’s business unit in that country, and also partnering for exploration offshore.”

As Rigzone reported last week, ExxonMobil has decided to proceed with a long-term development project in the Bajo del Choique-La Invernada block in the Vaca Muerta. The supermajor expects the project to yield 55,000 barrels of oil equivalent per day from 90 wells within five years, and the company may expand output by nearly 40 percent via a second-phase development.

“We see further opportunities for Asian players looking for foreign investment, no only in upstream but also for major midstream infrastructure, such as gas processing plants, pipelines, petrochemicals and LNG export plants,” he concluded.