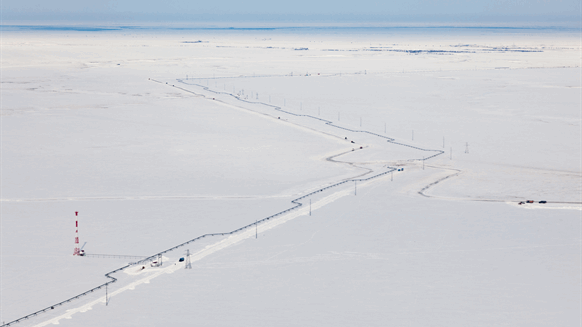 According to Saipem, the 2.2 billion-euro contract calls for the construction of three 6.6-million ton per annum (mtpa) liquefied natural gas (LNG) trains installed on concrete gravity-based structures and LNG storage facilities with 687,000 cubic meters of capacity.

Novatek JSPC and Ekropromstroy Ltd. own 60-percent and 40-percent interests, respectively, in the project, which will be built in the western part of Gydan Peninsula in the Tazovsky District in Russia’s Yamal-Nenets autonomous administrative region. The project relies on the hydrocarbon resource of the Utrenneye field, whose reserves (Russian classification) total nearly 2 billion cubic meters of natural gas and 105 million tons of liquids, according to Novatek’s website.

Saipem noted that the Arctic LNG 2 contract forms part of a strategic partnership deal that it signed with Novatek in 2016 for LNG-related activities. Each company in the 50/50 Saipem-Renaissance JV will receive approximately 1.1 billion euro for the project.

“The awarding of this contract demonstrates how Saipem is fully integrated into the process of energy transition and represents a further success in the high added value LNG sector in which we have been operating for many years and in which, in the recent past, we have obtained important contracts,” Saipem CEO Stefano Cao said in a written statement emailed to Rigzone. “Finally, the signing of this contract reinforces the presence of Saipem in Russia, a country in which the company has an important track record in the realization of both onshore and offshore infrastructure.”