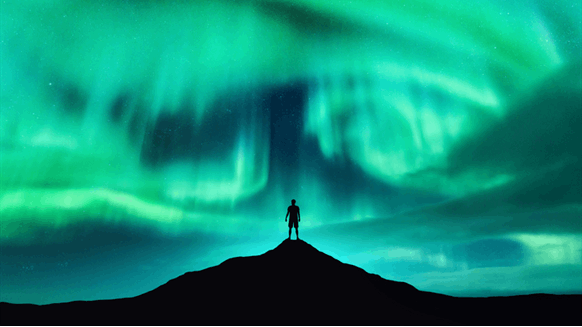 The U.S. Department of Energy has announced the reestablishment of its Arctic Energy Office.

The U.S. Department of Energy (DOE) has announced the reestablishment of its Arctic Energy Office (AEO), which will be located on the campus of the University of Alaska, Fairbanks.

According to its new website, the AEO will lead cross-cutting operations in the Arctic with a mission to tackle the energy, science and national security challenges of the 21st Century. The DOE noted that the AEO will drive coordination and collaboration on the DOE’s many activities in the Arctic region, including international cooperation on Arctic issues, research on methane hydrates and the development of advanced micro grids and nuclear power systems.

The AEO will contain three interim staff and will report to the under secretary of energy, Mark W. Menezes. The reestablishment of the office fulfills U.S. secretary of energy Dan Brouillette’s commitment to do so by the close of this fiscal year.

“The United States is an Arctic nation and the region continues to play an essential role in meeting our nation’s energy needs, as well as those of our friends and allies,” Brouillette said in a government statement.

“DOE’s Arctic Energy Office will grow to strengthen and coordinate our work in energy, science, and national security and help build an Arctic future of prosperity and increased opportunity,” he added.

Commenting on the launch of the new office, Menezes said, “the reestablishment of the Arctic Energy Office will bring the power of DOE innovation and expertise to the region, ensuring we play an important role in its energy future”.

“As the region’s geopolitical importance increases, the office will also better facilitate strategic coordination with our fellow Arctic nations,” he added.

Alaska Senator Lisa Murkowski said the reestablishment of the AEO in Fairbanks will ensure greater collaboration between the state’s innovators and the DOE’s cutting-edge researchers.

“I prioritized this office in the appropriations process because I know it will help facilitate the development of new energy technologies that benefit resource-rich Alaska and the country,” the senator stated.

“I thank secretary Brouillette, deputy secretary Menezes and their teams for working with us to reestablish this important office,” Murkowski added.

The DOE outlines that, in much of the Arctic, there is a strong reliance on fossil fuels. The organization notes, however, that in a region where export of its oil, natural gas and coal resources contribute significantly to the regional economy, fossil fuel used locally must be imported. The DOE says energy prices range drastically, depending on the options available for acquiring the fuel.

According to the DOE, the Arctic is “geographically enormous” and contains 20 percent of the earth’s land mass, but “very small” from the perspective of its overall population of approximately four million people.

The DOE’s mission is to ensure America’s security and prosperity by addressing its energy, environmental and nuclear challenges through transformative science and technology solutions. The organization was officially established in 1977 but traces its roots back to the Manhattan Project effort to develop the atomic bomb during World War II.