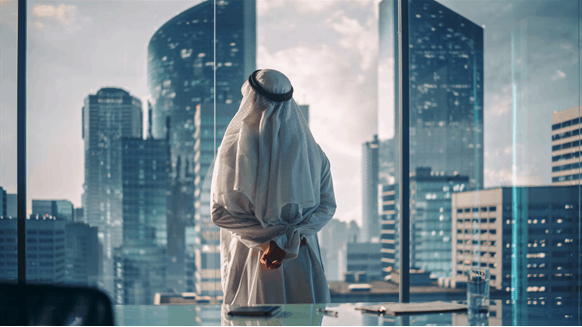 The deals have the potential to create 5,000 new jobs in the Kingdom of Saudi Arabia over the next decade.

Saudi Aramco revealed Tuesday that it has signed 59 corporate procurement agreements (CPAs), worth $11 billion, with 51 local and global manufacturers.

The deals have the potential to create 5,000 new jobs in the Kingdom of Saudi Arabia over the next decade and are expected to reinforce Aramco’s supply chain and result in the development of materials manufacturing facilities in the Kingdom, Aramco outlined.

The 59 CPAs cover multiple strategic commodities, such as drilling chemicals, wellheads, switchgears, vibration monitoring systems, pipes, compressors, structure steel, fittings and flanges, and air-cooled heat exchangers, Aramco noted. Although Aramco did not publish a full list of the companies it made the CPAs with, it highlighted that it had struck deals with Baker Hughes, Cameron Al Rushaid, Halliburton, SLB, and TechnipFMC.

Aramco outlined that the CPAs were signed under the In-Kingdom Total Value Add (iktva) program, which it launched in 2015 with the goal of establishing a world-class supply chain in Saudi Arabia. Since its launch, the iktva program has contributed more than $130 billion to the Kingdom’s gross domestic product, while creating more than 100,000 supply chain jobs for Saudis, according to Aramco.

“Our significant investments in a network of accomplished local suppliers strengthens Aramco’s resilience, ensuring that we remain the world’s most reliable energy company,” Ahmad A. Al-Sa’adi, Aramco’s Senior Vice President of Technical Services, said in a company statement.

“We are also extensively building commercial ecosystems globally by partnering with some of the world’s top energy, logistics, and manufacturing companies,” he added.

Mohammad A. Al-Shammary, Aramco’s Vice President of Procurement and Supply Chain Management, said, “the CPA holders will be our future strategic manufacturing partners for these commodities, and the agreements further broaden our localization infrastructure across the Aramco network”.

Back in January, Aramco announced the signing of 50 Memoranda of Understanding (MoUs) at the iktva forum and exhibition. Although a full list of deals was, again, not revealed by Aramco, the company highlighted that major signings included Schlumberger, Cameron/TechnipFMC/Baker Hughes, and Honeywell.

During the same month, Aramco revealed that it had signed 10 agreements during the Saudi-Korean Investment Forum. The deals spanned the areas of technology, manufacturing and finance and included Korea Electric Power Corporation, S-Oil, and the Export-Import Bank of Korea, Aramco highlighted.