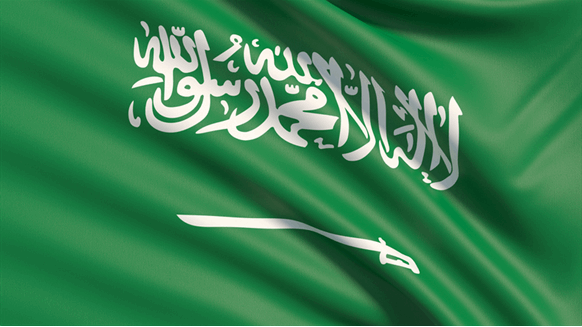 Aramco has the experience and infrastructure it needs to keep crude flowing should supply through the Strait of Hormuz be disrupted, according to the chief executive officer of the state-run producer.

(Bloomberg) -- Saudi Arabian Oil Co. has the experience and infrastructure it needs to keep crude flowing should supply through the Strait of Hormuz be disrupted, according to the chief executive officer of the state-run producer.

“We are increasing our readiness,” Amin Nasser said in an interview in Seoul on Tuesday. “We can supply through the Red Sea and we have the necessary pipelines and terminals.”

Brent crude has jumped about 8% since mid-June as worsening relations between the U.S. and Iran have magnified fears that shipments could be disrupted through the Strait of Hormuz, a narrow choke-point through which about one-third of all seaborne crude flows. There have been a series of attacks on tankers over the past few weeks and the downing of an U.S. Navy drone, which American officials have blamed on Iran.

“It’s a concern for the whole world because that is an important supply route for a lot of crude, not only from Saudi Arabia,” Nasser said.

Saudi Aramco operates a pipeline with a capacity of 5 million barrels a day that carries crude 1,200 kilometers (746 miles) between the Gulf and Red Sea, enabling it to ship oil from both sides of the country. But that compares with the company’s total exports of around 7 million barrels a day, meaning it would need to find other ways of getting any remaining oil to the market.

In mid-May, flows through the cross-country link were halted after two pumping stations were hit by a drone attack by Yemen’s Iranian-backed Houthi rebels.

The state-run company, which is the world’s biggest oil exporter, traces its beginnings to the 1930s and kept pumping crude through the Iran-Iraq war and the two Gulf Wars. Aramco would draw on that experience to keep supplies flowing, Nasser said.

“We had experience through the Gulf conflict but we have always met our commitments to our customers,” he said. “So we have a track record of building enough flexibility in the system to manage a situation or a crisis.”

Nasser is visiting South Korea this week along with a Saudi delegation including Crown Prince Mohammed bin Salman. Saudi Aramco has been the biggest shareholder of South Korea’s S-Oil Corp. since 1991 and it bought a 17% stake in Hyundai Oilbank Co. for $1.2 billion in April.

Hyundai Oilbank’s purchases of Saudi crude are set to rise from the current level, Nasser said. The company bought about 15.5 million barrels of oil from the kingdom last year, according to Korea National Oil Corp. data. Separately, S-Oil will announce Wednesday plans to start another feasibility study on further expanding its refining capacity, which will be bigger than the latest capacity addition at its Ulsan plant, he said, without giving further details.

While Saudi Arabia was South Korea’s biggest oil supplier last year, with shipments of 885,000 barrels a day accounting for about 29% of total imports, crude from the U.S. jumped more than fourfold during the same period, KNOC data showed.

With rising geopolitical risks in the Gulf region and the Organization of Petroleum Exporting Countries and its allies trimming output, Korean processors may further boost purchases from America. Still, Nasser said he’s not worried about the competition from the U.S.

“We are not concerned,” he said. “We have the lowest cost position with an excellent infrastructure to supply to our customers. In the past, we have never failed to supply and meet our deliveries. We also have different types of crude, which is critical.”

To contact the editors responsible for this story:
Serene Cheong at scheong20@bloomberg.net
Alexander Kwiatkowski, Andrew Janes