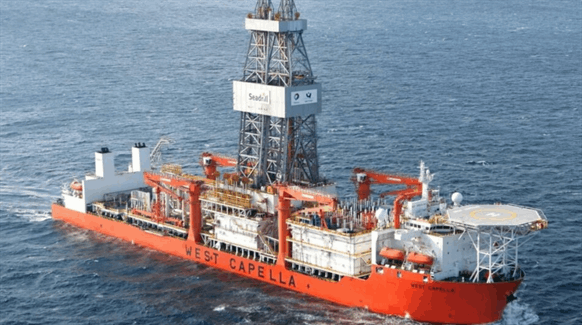 Aquadrill and a Vantage subsidiary have agreed to provide a 6th generation drillship for operations in Indonesia.

Offshore driller Aquadrill and a Vantage subsidiary have agreed to provide a 6th generation drillship for operations in Indonesia.

Aquadrill, formerly known as Seadrill Partners, said that the Capella 6th generation drillship has been hired for a firm four-well contract plus two priced and three mutually agreed optional wells for operations in Indonesia.

Back in March 2021, Vantage was approved as a manager of four deepwater floating rigs for Aquadrill while the company was under Chapter 11 and still named Seadrill Partners. The management agreement included Capella and Polaris drillships and the semi-submersibles Leo and Sirius. Aquadrill emerged from bankruptcy in May 2021 and later revealed the name change.

In October 2021, Aquadrill sold both semi-submersible rigs managed by Vantage and won a two-well deal for the Capela drillship. One well was with Premier Oil and the other was with Repsol in Indonesia.

This most recent contract, according to the offshore driller, is worth approximately $138 million. The drillship will start work in Indonesia in early May 2023 and run until mid-April 2024.

According to data provided by Aquadrill’s fleet status report, the drillship will again be working for Premier Oil.

When it comes to Aquadrill’s other recent activities, it is worth noting that the company extended the charter hire agreement with a subsidiary of Diamond Offshore in August 2022 for one of its drillships, enabling it to continue carrying out operations in the U.S. Gulf of Mexico.