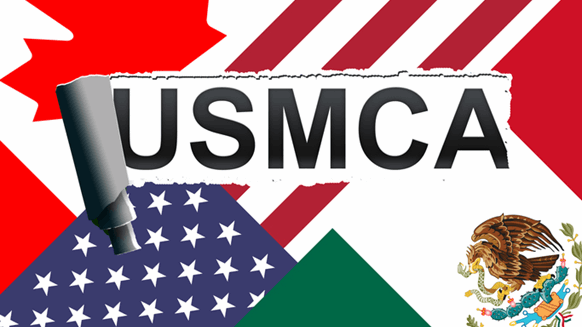 American Petroleum Institute President and CEO Mike Sommers has applauded the signing of the U.S.-Mexico-Canada agreement at the White House.

American Petroleum Institute (API) President and CEO Mike Sommers has applauded the signing of the U.S.-Mexico-Canada agreement (USMCA) at the White House.

“USMCA is a win-win for American workers and energy consumers,” Sommers said in an API statement.

“North American energy markets are deeply integrated and interconnected and the free flow of energy products and investments in natural gas and oil across our borders is critical to sustaining American energy leadership and economic growth,” he added.

“This agreement will ensure the U.S. can continue its role as the world’s energy leader while delivering affordable and reliable energy to Americans and enabling environmental progress. The fact that the administration and members of both parties came together to get this done sends an important signal to our trading partners and provides certainty for American supply chains that support millions of U.S. jobs,” Sommers continued.

U.S. President Donald Trump signed the United States-Mexico-Canada Agreement Implementation Act into law on January 29. Mexico has already ratified the agreement and Canada’s parliament is expected to act in the coming months.

According to Trump, the USMCA is the “largest, most significant, modern and balanced trade agreement in history”.

The API joined more than 200 companies and associations representing agriculture, manufacturing, labor, energy and small businesses in the USMCA Coalition, which advocated for the agreement’s approval in Congress.

According to its website, the API represents all segments of America’s oil and natural gas industry. Its more than 600 members produce, process, and distribute most of the nation’s energy, according to the API, which was formed in 1919.

In December, the API welcomed progress on U.S.-China trade but encouraged both sides to reach a final deal lifting all tariffs. Back in August, the API said the escalating trade dispute hurts American energy leadership.

Trump announced that the U.S. had agreed a “very large” phase one deal with China on December 13.