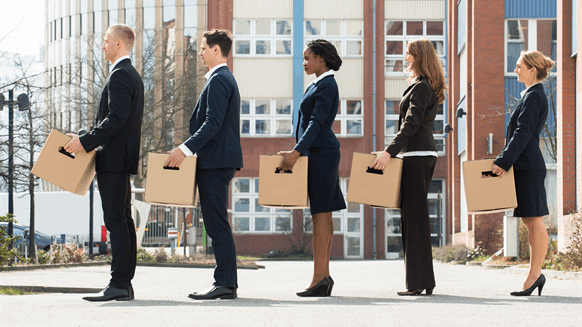 The wave of rapid cost-cutting and right-sizing in the oilpatch continues.

The wave of rapid cost-cutting and right-sizing in the oilpatch continues with layoff announcements from Houston-based Apache Corp. and Fort Worth, Texas-based FTS International. Both companies filed Worker Adjustment and Retraining Notification Act letters with the state last week.

Apache is undergoing a mass layoff at its Midland facility at 303 Veterans Airpark Ln Ste 1000, Midland, TX, 79705.  Employment separations began on March 18, 2020, and approximately 85 employees will be affected. No further information surrounding the layoffs was provided in the notice.

“The rightsizing is a recognition that we will not be returning to past levels of capital activity and need to make a permanent reduction in headcount,” Christmann added.

Separately, there was a furlough at FTS International Services’ facility at 4700 S. Edgewood Terrace in Fort Worth, effective March 17. It affected 35 workers.

“This furlough, resulting from unforeseeable business circumstances will last at least six months and may turn into a permanent separation from employment,” the company’s WARN letter stated.

“Just over two weeks ago, our business was growing and we had a full frac calendar,” Michael Doss, Chief Executive Officer, said in a written statement. “However, in response to current conditions, many of our customers have already dropped fleets or will be dropping fleets over the next couple of months. Pressure pumping companies, like FTSI, are also giving price concessions that are expected to significantly reduce margins across the industry. Accordingly, we have initiated aggressive measures to reduce costs and position us for future success.”

Actions that the company has taken to date include:

In both announcements, the employees do not have the right to bump or displace other employees working for the companies, the WARN letters stated.

Apache is an oil and gas exploration and production company with operations in the U.S., Egypt and the United Kingdom and exploration activities offshore Suriname; FTS is one of the largest independent hydraulic fracturing service companies and one of the only vertically integrated service providers of its kind in North America.

These companies’ layoffs are the latest in a string over the past year for the oil and gas industry. A few of the latest announcements include: