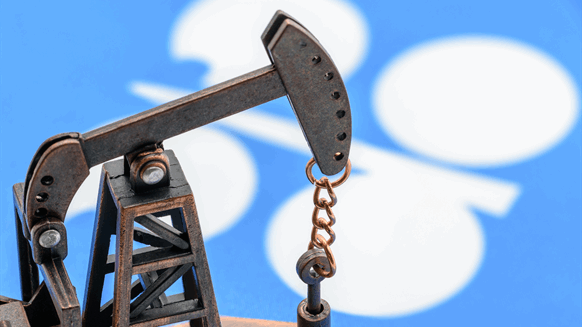 One of Rigzone's regular market watchers takes a look at the U.S.-OPEC relationship.

This week, one of Rigzone’s regular market watchers takes a look at the U.S.-OPEC relationship, potential moves from the Biden administration, actions from ex-President Donald Trump and more. Read on for more detail.

Barani Krishnan, Senior Commodities Analyst at uk.Investing.com: That the Biden administration is “disappointed” with the Arabs for cozying up to Vladimir Putin with … [October 5’s] OPEC+ production cut is certainly an understatement. But more riveting perhaps is what Washington wants to finally do about it.

Rigzone: What developments/trends will you be on the lookout for this week?

Krishnan: Almost every U.S. president from the 1970s to now, that’s Richard Nixon to Joe Biden, have had problems with the Saudis and the kingdom’s love child called OPEC. Many vented, but ultimately did nothing about both.

Donald Trump was an exception though. Despite him and his son-in-law being as chummy as possible with the House of Saud, Trump often waged a gleeful ‘war’ of his own with the cartel through precision-guided drones (tweets) to get oil prices down. The post-Covid collapse of crude prices was, of course, a game changer for Trump, making him contrite enough to lend the combined forces of the Saudis and Russians a helping hand to put the oil market back together again.

Enter Biden in January 2022, and nothing has been the same since for the Americans and the Saudis. In fact, almost every month has been progressively worse for diplomatic ties and the supply-demand situation in oil (the president’s “pariah-state” comment against Riyadh over the Khashoggi killing not helping). Even Biden’s maiden visit to the Saudi capital in July was more disastrous than beneficial.

So, comes the question: What could the White House hope to achieve in a political reset with the Saudis? Market-wise, it’s hard to think of anything that would be beneficial to oil prices with the U.S. midterm elections less than a month away.

Word on the street is that the State Department is toying with wording to put Saudi Arabia in the ranks of a “state sponsor of terror” via its allegiance with the Kremlin (sounds like the Iranians suddenly have company). Withdrawal of arms deals could (or would most likely) follow. Will that help lower oil prices? On the contrary, they would rise on the new turmoil that’s being created.