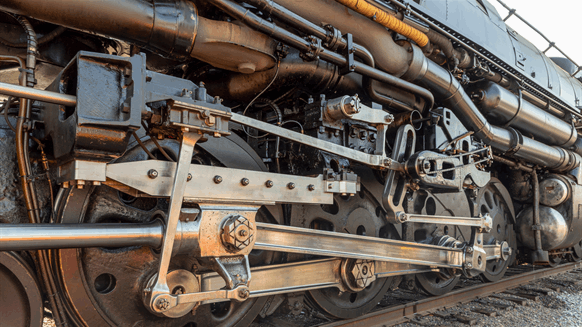 The threat of a sweeping rail strike has been identified as a short-term supply risk.

The threat of a sweeping rail strike has been identified as a short-term supply risk in Rystad Energy’s latest North America gas and LNG market update from analyst Ade Allen.

“Along with the myriad of supply chain implications a strike would induce across all industries, the risk of a temporary or prolonged reduction, or complete halt, in coal deliveries would consequentially increase the usage of gas, particularly for power plants with the ability to switch from coal,” Allen said in the note, which was sent to Rigzone.

“With colder weather on the horizon, increased gas production will be essential in the coming period to not only keep winter markets in balance but to potentially stave off increased gas for power if coal disruptions materialize,” Allen added.

When President Biden was asked if he was confident he could avoid a rail strike in a question posed to him before a meeting with congressional leadership to discuss legislative priorities through the end of 2022, Biden responded “I’m confident”.

In a statement posted on her website on Tuesday, Speaker of the House Nancy Pelosi highlighted that Biden has called on Congress to take action to avert the nationwide rail strike.

“Tomorrow [Wednesday] the House will take up urgent and necessary legislation to that end: adopting the tentative agreement reached after months of hard-fought negotiations,” Pelosi said in the statement.

In a gas and LNG market update posted by Rystad Energy Vice President Emily McClain back in September, McClain noted that upward price swings were driven by the threat of rail strikes shutting down coal transportation, “which would have boosted gas demand if a deal had not been reached”.