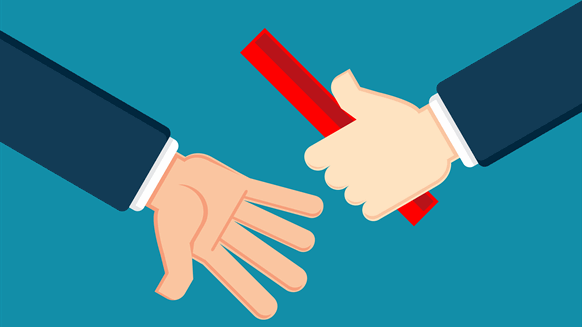 “We are extremely excited to have Bob join our senior leadership team, filling big shoes as he succeeds our friend and co-founder, Steve Heitzman,” Talos President and CEO Timothy S. Duncan commented in a written statement emailed to Rigzone. “Bob has a tremendous track record of executive management in all aspects of offshore and deepwater operations, from drilling, major project delivery, production, HSE and business development, both in the U.S. Gulf of Mexico and internationally.”

Abendschein’s tenure at Anadarko included leading the firm’s worldwide offshore portfolio as vice president of worldwide deepwater, Talos noted. Most recently, he oversaw the advancement of the Anchor and Shenandoah development projects as CEO of Venari Resources LLC, added Talos. He holds a bachelor’s degree in petroleum engineering from Texas A&M University and serves on the boards of SEACOR Marine Holdings, the National Ocean Industries Association and the Cynthia Woods Mitchell Pavilion.

“Bob was one of the key executives that helped build Anadarko’s large deepwater asset base, and he has the leadership and skill set to help shape our operational organization as we look toward the future,” Duncan remarked.

Heitzman, an engineer whose career spans more than four decades, will assist with the transition for six months as a senior advisor on an as-needed basis, Talos stated. Duncan pointed out that Heitzman contributed to Talos’ growth to a 400-plus-employee company since its inception in 2012.

“I’m thrilled to join the Talos team at an exciting period in the company’s history and to help build on the foundation that Steve created in the Operations organization,” concluded Abendschein. “As we continue to grow in scale and complexity, I look forward to working across the organization to help implement world-class best practices that allow us to grow efficiently and responsibly well into the future.”

A large independent, Houston-based Talos operates in the U.S. Gulf of Mexico and offshore Mexico.