An Upstream Comeback with Less Splash but More Cash? 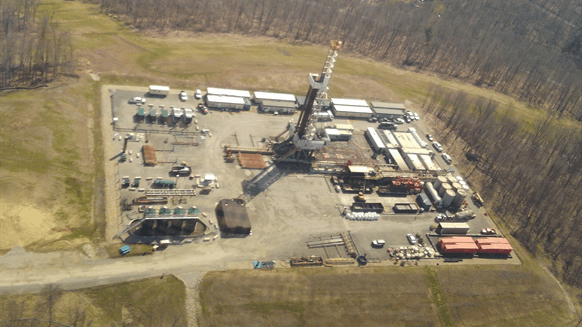 Capital spending with free cash flow, rather than debt, is a hallmark of the 'new normal.'

A cursory search of Rigzone’s news articles from the past year using the term “recovery” suggests that the upstream sector is making a comeback. A sampling of titles among search results include encouraging phrases such as “Seismic Market Recovery,” “’Bigger Projects Are Coming’” and “Stepping Up Activity.” Moreover, Rigzone’s recently released Ideal Employer Survey has observed a year-on-year improvement in oil and gas industry sentiment.

In the interest of balance, however, those who frequently track oil and gas industry news may see another, less-inspiring term: “New Normal.”

According to Andrew Slaughter, executive director of the Deloitte Center for Energy Solutions, the latter term denotes a more cautious upstream recovery.

“In the years prior to the oil price collapse in late-2014, in general, upstream operators invested capital and scaled operations with the expectation that oil prices at or above $100 would be sustained,” recalled Slaughter. “The extended downturn was thus a deep shock to assumptions, financial stability, employment and activity levels across the business.”

Evidence of a pre-2014-style upstream recovery with robust capital spending and hiring has been lacking in the current expansion. As Slaughter observes, characteristics of today’s more conservative growth trend include:

What could a “new normal” recovery entail from an upstream employment perspective?

Because the oilfield services sector experienced the most severe loss of employment during the downturn, Slaughter believes it could be the first oil and gas segment to reflect an employment gain from increased upstream activity.

“However, the recovery may be more limited by a more measured return of activity levels, compared to the accelerated ramp up between 2009 and 2014,” Slaughter cautioned, attributing the muted comeback to more efficient, less labor-intensive operations.

Slaughter was quick to add that one should keep the broader notion of a “new normal” in perspective.

“In its entire history the oil business has been subject to cycles of price and activity,” he said. “With that perspective, the longevity of any set of ‘new normal’ conditions is highly uncertain.”

Ideal Employers in the ‘New Normal’

Although the upstream employment picture has changed markedly in recent years, for many oil and gas companies remain desirable places to work. Through its 2018 Ideal Employer Survey, Rigzone has gauged which upstream companies enjoy the highest regard among oil and gas professionals. In all, 6,621 survey participants from 2,990 different companies in more than 100 countries selected their favorite upstream employers. Individuals completing the survey, which Rigzone conducted from June to November 2017, responded to a variety of questions given market conditions.

What follows is a countdown of the Top 10 highest-scoring upstream companies, ranked by people who actually work in the upstream sector. Note that all figures reflect the most recent information that Rigzone was able to obtain from publicly available sources such as company websites and annual reports.

Transocean wholly or partially owns and operates 47 mobile offshore drilling units. Its fleet comprises 27 ultra-deepwater floaters, 12 harsh environment floaters, two deepwater floaters and six midwater floaters. Also, the Steinhausen, Switzerland-headquartered company reports that two ultra-deepwater drillships are under construction or under contract to be constructed. Moreover, the company operates two high-specification jackups that were under drilling contracts when they were sold; it will continue to operate these rigs until completion or replacement of the contracts.

Jeremy D. Thigpen serves as president and CEO of the approximately 4,900-employee company.

Russell Hopley  |  May 13, 2018
It is certainly good news that the oil and gas industry is benefiting from the financial recovery this year with the US rig count, production and oil prices increasing. That is the good news, but I don't see it reaching much over $100 per barrel anytime soon barring a significant international incident occurring. Also those who thought it would continue above $ 120 in early 2014 were unrealistic. Remember how long it stayed at $3 per bbl back in the olden days, then $20 per bbl thanks to OPEC and up, up further. But those days are gone forever?? Lets be glad it is where it is at now
Hanna  |  May 12, 2018
What a shame on Halliburton ! Such a pathetic company to be made in that ridiculous list ! They never have any respect on loyal staff and capable people. The top useless managements spend big money on business trips, personal expense while the employees receive super low pays which they do not deserve.
Josh  |  May 11, 2018
Disgusted to see Schlumberger made the list. Their merger of Cameron had made life miserable for mostly everyone from the field techs to the former super GM’s and VP’s.. And I know most of them. Glad To be free’d from them. My coworkers say I should be glad too. But hey who cares right. At least the Cameron Board of Directors left happy before the “exciting new joint venture”.... Oh ya didn’t Paal get a nice 20% boost in his portfolio for 2017? Too bad my hands received just “pay restructure”....
RELATED COMPANIES
Company: BP plc more info
Company: Exxon Mobil Corporation more info
Company: Halliburton Company more info
Company: Total S.A. more info
Company: Baker Hughes more info
Company: Saudi Aramco more info
Company: Chevron Corporation more info
Company: Schlumberger more info
Company: Transocean Ltd. more info
Company: Royal Dutch Shell plc more info