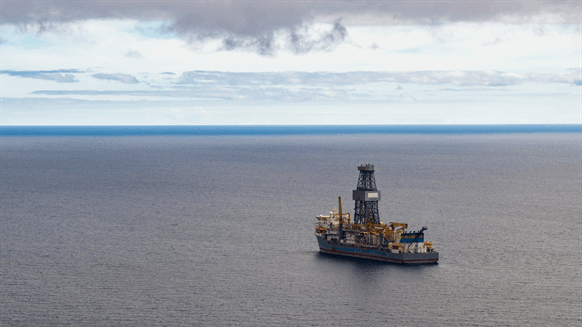 On Oct. 22, 2018, Aker announced that the Maersk Viking drillship had arrived at DWT/CTP to spud the Pecan-4A appraisal well. The company stated Thursday that the well was drilled approximately 103 miles (166 kilometers) southwest of Takoradi, Ghana to a vertical depth of 15,978 feet in 8750 feet (4,870 meters in 2,667 meters) of water. DWT/CTP contains seven discoveries and Pecan is the main one to date, Aker noted. Also, the firm stated that Pecan-4A successfully achieved the company’s goals of confirming its understanding of the area’s geology and identifying deep oil water contact in the Pecan reservoir.

“Based on these results, we will optimize the Plan of Development for the Pecan field,” Jan Arve Haugan, Aker’s CEO, said in Thursday’s written statement. “There is still a lot of work to be done, including to conclude the phasing of the development, the size of the first phase and detailing of the concept. Our most important priority going forward is to deliver a robust field development plan to the Ghanaian authorities.”

Aker contends that the existing discoveries contain estimated gross continent resources (2C) of 450 to 550 million barrels of oil equivalent (MMboe). The estimate stems from existing subsurface data from seismic, wells drilled and an analysis of the Pecan-4A well result, the company explained.

The total volumes to be included in a Plan of Development (POD) could grow to 600 to 1,000 MMboe with the next two appraisal wells to be drilled, Aker added. Moreover, the company noted there are identified multiple well targets to be drilled as part of a greater area development after POD submission.

Aker states on its website that it plans to develop the Pecan field with a purpose-built floating production storage and offloading (FPSO) vessel connected to a 7,874-feet-deep (2,400-meter) deep subsea production system. Hess Corp. discovered Pecan in 2012 and appraised the field with five reservoir penetrations, the company also stated.

“Since we became the operator less than a year ago, we have established an open, inclusive and transparent collaboration with Ghanaian authorities,” continued Haugan. “This partnership will enable us to unlock the vast potential in the area to the benefit of both the Ghanaian society and out license partners. We are looking forward to continuing and further strengthening this partnership to develop the Ghanaian oil and gas industries.”