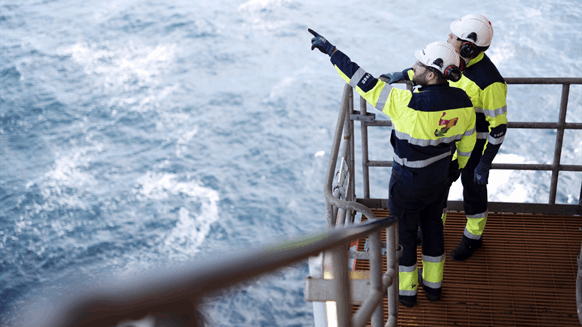 The Norwegian authorities have approved the Plan for Development and Operation for the Kobra East & Gekko project in the Alvheim area.

The Norwegian Ministry of Petroleum and Energy has approved the Plan for Development and Operation (PDO) for the Kobra East & Gekko (KEG) project located in the Alvheim area offshore Norway.

The operator Aker BP, along with license partners ConocoPhillips and Lundin Energy, submitted the PDO to the Ministry in June 2021.

According to Aker BP, the Kobra East & Gekko development will contribute to extending the lifetime of the Alvheim field, improving production, and reducing unit costs.

Total investments in the project are projected at around $1 billion and production is scheduled to start in the first quarter of 2024. Recoverable reserves in KEG are now estimated at around 50 million barrels of oil equivalents (mmboe).

The development comprises the two discoveries Kobra East & Gekko in license 203. The field will be developed with subsea installations connected to the Alvheim FPSO vessel, which is located in the Norwegian part of the central North Sea near the UK border.

It is expected that CO2 emissions per barrel will be cut in half and oil production from the Alvheim FPSO will double when Kobra East & Gekko comes on stream.

Apart from the KEG plan approval, Aker BP said in its fourth-quarter 2021 financial report that it was planning to drill 13 exploration wells in 2022 while also working to develop several projects in Norway – one of them being the KEG Alvheim tieback.

These 13 exploration wells planned for 2022 have an estimated unrisked volume potential of around 250 mmboe net to the company.

Some other projects were pushed during the fourth quarter. Namely, the development concept was decided for the NOAKA area development. In addition, development concepts were decided for Valhall NCP & King Lear as well as for Trine & Trell in the Alvheim area. Also, the PDO for Hanz in the Ivar Aasen area was submitted to the authorities.