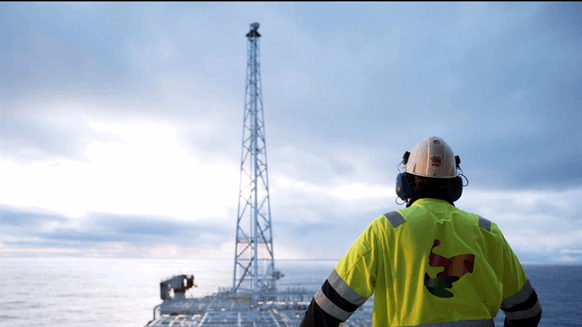 Aker BP will vote in favor of submitting a PDO for the NOAKA project, the Valhall PWP-Fenris project, the Skarv Satellite project, and the Utsira High projects.

The Norwegian oil and gas company Aker BP will vote in favor of submitting Plans for Development and Operation (PDO) for the NOAKA field development project, the Valhall PWP-Fenris project, the Skarv Satellite Project, and the Utsira High projects.

Aker BP said that the final approvals to submit the PDOs were expected to take place in the respective licenses during the first half of December, after which the PDOs will be submitted to Norwegian authorities. It is worth noting that all the projects are offshore Norway.

Net to Aker BP, the oil and gas resources in the projects are estimated to be approximately 730 million barrels of oil equivalent, in line with the company’s July strategy update when adjusting for the previously announced postponement of the Wisting project.

Aker BP’s share of the investments in the projects is estimated to be approximately $19 billion in the period 2023-2028, and the corresponding average break-even oil price is estimated to $35-40 per barrel.

This is calculated with a 10 percent discount rate and accounting for the announced changes to the Norwegian Petroleum Tax adding on average $5-6/bbl to the break-even of the projects.

Aker BP and Equinor agreed to jointly develop and operate the NOAKA area licenses Krafla, Fulla, and the North of Alvheim on the Norwegian Continental Shelf, with LOTOS Exploration and Production Norge as a license partner. Equinor is the operator of Krafla in the north and Aker BP is the operator of NOA Fulla in the south.

Valhall PWP-Fenris – previously known as NCP/King Lear – is being delivered by the fixed facilities alliance between Aker BP, Aker Solutions, and ABB.

According to Aker BP, the Valhall PWP consists of three large modules totaling more than 15,000 tons and the processing module will be built by Aker Solutions on Stord while Rosenberg Worley will deliver the wellbay module and the utility module. The firm explained that the platform will be assembled on Stord.

As for Skarv Satellites, it is a collection of oil and gas fields in the Voring Basin and Mid Norway. It consists of the Alve Nord, Idun Nord, Ørn, and Shrek fields. All four discoveries will probably be developed in tandem as subsea tie-backs to the Skarv FPSO.