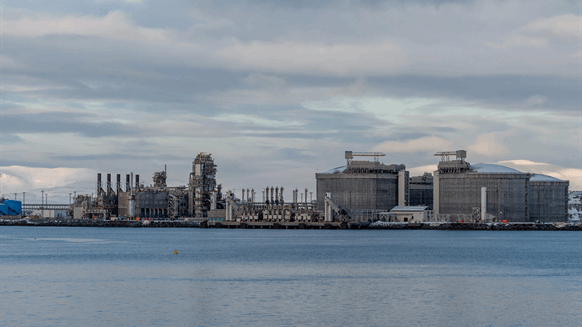 The Hammerfest LNG terminal, above, on Melkoya Island near Hammerfest, Norway liquefies gas from the Snohvit field in the Barents Sea. PHOTO SOURCE: Aibel

“We are excited to become part of further development of the future LNG plant at Melkøya, where we already have a long and good track record from our modification and maintenance contract,” Aibel President and CEO Mads Andersen remarked in a written statement.

According to Aibel, the FEED contract’s estimated value is 140 million Norwegian krone (US$15.8 million) and comprises two sub-projects:

Aibel pointed out the FEED contract includes an option for each of the sub-projects for an execution phase that includes engineering, procurement, construction and installation (EPCI) for compression and electrification. The firm stated the options’ value is “major size,” exceeding 2.5 billion Norwegian krone (US$283 million).

“We also have strong expertise from several similar projects,” continued Andersen. “At the same time, we are very pleased that Equinor has chosen us as a partner for important projects on the Norwegian Continental Shelf for the third time in a short period of time.”

The other projects that Andersen referenced include this summer’s award of the Gina Krog and Sleipner electrification as well as the Oseberg portfolio agreement, Aibel noted.

“We are confident with the tasks that await us and look forward to another exciting modification project,” commented Nils Arne Hatleskog, Aibel’s executive vice president for field development and offshore wind.

Aibel stated that it will manage the project from its office in Asker, Norway, with approximately 80 employees working on the FEED phase. The company added that work begins immediately, with FEED delivery projected for April 2021.

“This contributes to strengthening our position in North Norway,” stated Hatleskog. “In addition to securing own jobs for a long period ahead, a contract for the execution phase may create positive ripple effects for the local supplier market.”