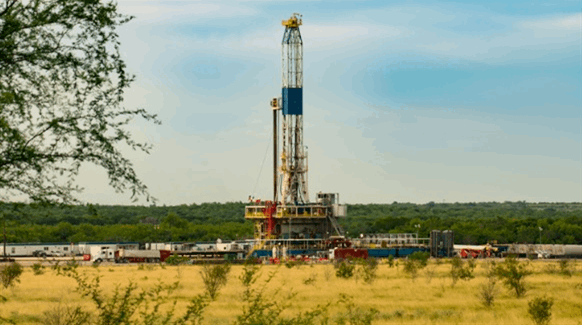 Firmer oil prices have resulted in companies bringing back some wells they shut over April and May. However, the recovery road could be a long one this time around.

When the extent of the coronavirus or COVID-19 pandemic and its impact on oil demand became apparent towards the tail end of the first quarter of 2020, U.S. shale players near universally feared a slump to sub-$20 per barrel crude prices.

It meant those who had overpaid for fringe shale acreages in recent years were pretty much done for. Not only did oil futures slide below the psychological $20 level but briefly collapsed into negative territory in April, using the West Texas Intermediate (WTI) as a benchmark.

It was a month that endured a simultaneous supply glut and demand crisis with the collapse of Saudi-Russia diplomacy putting extra barrels on the market at a time it needed them the least. Scarred by it, current public discourse is full of tales of hardship and bankruptcies in the U.S. shale patch, a tone that got harsher and louder in the wake of bankruptcy filing by Whiting Petroleum. The Denver-based firm already has the company of others heading down bankruptcy row.

Over the course of the second quarter, for some wielding the axe was the only logical pathway for staying the game. The big guns went off first with Chevron, ConocoPhillips and the beleaguered Occidental Petroleum accounting for around half of all projected cuts back in April, totaling some 730,000 barrels of oil equivalent per day (boepd).

Mid-tier players such as Continental Resources and Apache Corp were also among the early responders with latter reducing its Permian rig count down to zero. Shut-ins continued for much of April and May. Overall, predicted declines in headline U.S. production, largely down to shale patch upheavals, are in the region of 1.5 to 1.75 million barrels per day (bpd).

That will knock the high point of 13.3 million bpd-plus pre-COVID-19 U.S. production projections; the highest in the world. Broadly speaking, it all sounds like a near-term abyss for the sector. What’s more data analysis by Deloitte suggests frackers have burned through $300 billion since 2010, and yet 30 percent of operators both large and small can barely break-even at $35 per barrel.

However, at the same time, an agile group of shale players with viable acreages saw the approaching near-term abyss. These firms scaled back their respective operations down in such a way that it left room for a slow but sure footed bounce-back within the same tumultuous cycle.

With WTI futures now firmly above $30 and having even flirted with $40, it is these very companies who are leading a slow recovery. Their ranks include Parsley Energy, a company which demanded a coordinated oil production cut in Texas, and having failed to get one voluntarily cut 20 percent of its 126,000 bpd output.

But the company now says it could potentially operate four to five drilling rigs, a limited number of fracking crews and deploy enough capital to complete 15 to 20 new wells per quarter in 2020 with its finances on a firmer footing.

EOG Resources, which cut 26 percent of its 483,000 bpd output in May, and WPX Energy, which cut 20 percent of its 150,000 bpd output, are also restarting idled exploration and production sites. Many small scale operators in the Eagle Ford and Permian basins are doing likewise. Anecdotal evidence of some being confident enough in ditching their hedging plans to take advantage of a slow uptick in oil prices come the end of the year, and the first quarter of 2021, is also emerging.

Could this be labeled as a full blown recovery? Perhaps not, but much of the current feedback from America’s Oil Capital Houston suggests idling rate of rigs peaked in May. Full picture on June curtailments is yet to emerge but it is likely to be much lower than feared.

But any reversal in activity would also be from an all time low. For example, Baker Hughes rig count for the week of June 20, 2020, pointed to 189 U.S. oil rigs in operation, a decline of 600 rigs from a year ago. It is also the lowest figure on record since 2009 when the U.S. shale revolution was in its infancy.

Another overriding sentiment is market caution. The COVID-19 crisis is far from over and could rear its head again to scupper demand. Major advanced economies as well as emerging markets are going to feel headwinds ranging from stunted growth to full blown recessions. That will keep oil prices honest and prevent the WTI from hitting $60-levels – the sort of prices that sparked the previous boom – anytime soon.

Such a setting is unlikely to convince financiers all that easily, whether it is private equity or Wall Street or both as has been the case for the last half decade for the shale patch. Even those claiming to turn the taps back on are likely to do so cautiously, as the likes of Parsley Energy have admitted.

Hope is that around 250,000 bpd, or 14.3 percent, of production might be clawed back by the end of the year from March shut-ins totaling 1.75 million bpd. That implies a reversal in industry fortunes is going to be a marathon and not a sprint, but it is a start.